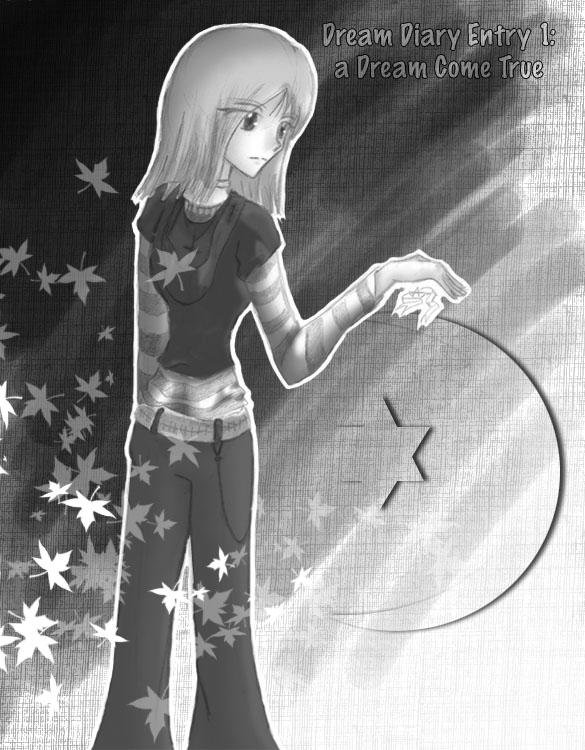 Well, this isn't the original chapter one cover. (original: link) But I don't like the first one and I thought that they were similar enough so I decided to edit one of my illustrations to make it like a cover. The clothes aren't in the same as in the actual chapter, but if I ever redraw this chapter, then it will reflect this set of clothing.

So all the pages after this one will be the really ugly old ones. And then the newest new pages… Since I'm busy (not lazy, never lazy, xD), they're going to be much lower quality. I think I'll still be inking them (since my penciling is just messy) but the colouring will be very quick. The inking already takes long, but coupled with the colouring… It's just too much for me, considering my working habits. Plus, there's exams and etc. And all this other important stuff that I won't name because you know… They're that important. Coughhacksigh.

Oh, and the story won't be planned out anymore (as in no more pre-done thumbnails and stuff), so chances are, there's going to be a LOT of inconsistencies.

ohh hi glad to see u again, u probably forgot me by now but I guess if u see my comic u will remember me..

Good to see you back.