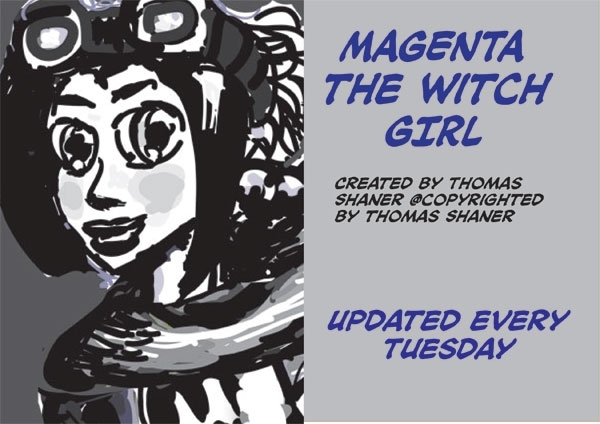 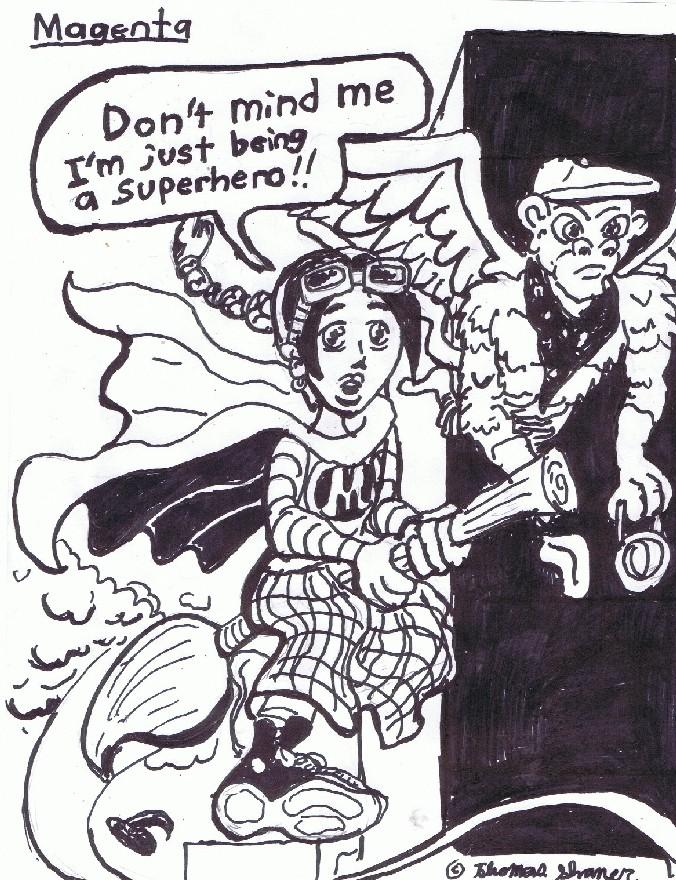 Magenta is the story of a girl who is born a witch. She would rather be a superhero. Her sidekick is her friend the flying monkey “Jersey.” Together they fight crime.

Magenta is named after one of the characters from the movie “Rocky Horror Picture Show.” Jersey is named after New Jersey. Because all of Kevin Smith's movies are filmed there. I really like Mallrats. A lot.

I mean no offense, but it's a really bad sign when you start a comic by telling the reader something you could show them. This intro doesn't really grab me, but I'll check out a few more pages for critique purposes. Really though, there is no need for the character to tell us she's a superhero (or trying to be one). We should learn this through her actions.