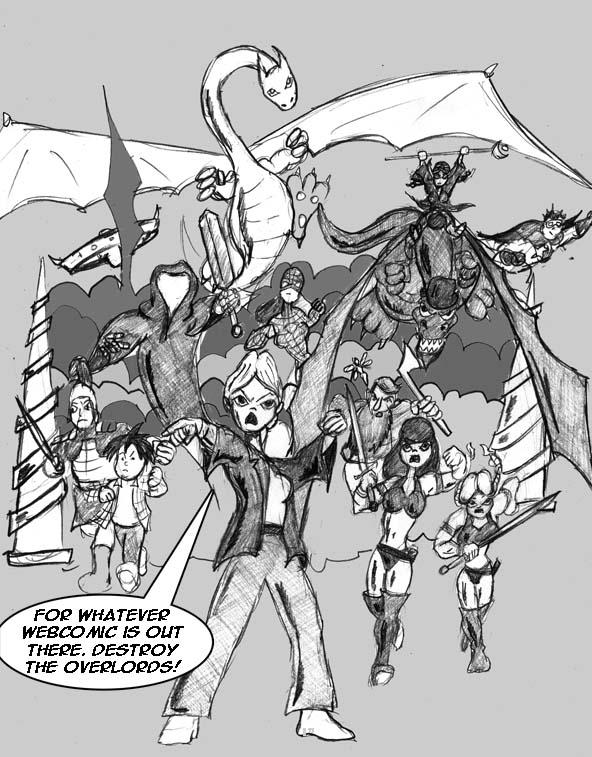 I did this comic for the Cameo Comic and consquently did not complete my own strip! Several of us artists have filling in for the cameo comics regular artist.I have several other strips up on the site. Back to MM tommorow! Cameo_Comic

w00t for obscure LFG reference!!! ...yeah, I posted this just to prove I recognized it...

See you in Hell, Overlords! *charges in* (I'm the gentleman on the left!:P )

ATTACK!!!! Hopefully Steve won't have to clean the mess up

The strange thing is I already read most of those comics any way. Looks like it will be some rumble. "GO TEAM"

For the End to it All!! Thanks for the help Ron ;)

For the Goddess! And, er, the OTHER Goddess! ATTAAAACK!!!