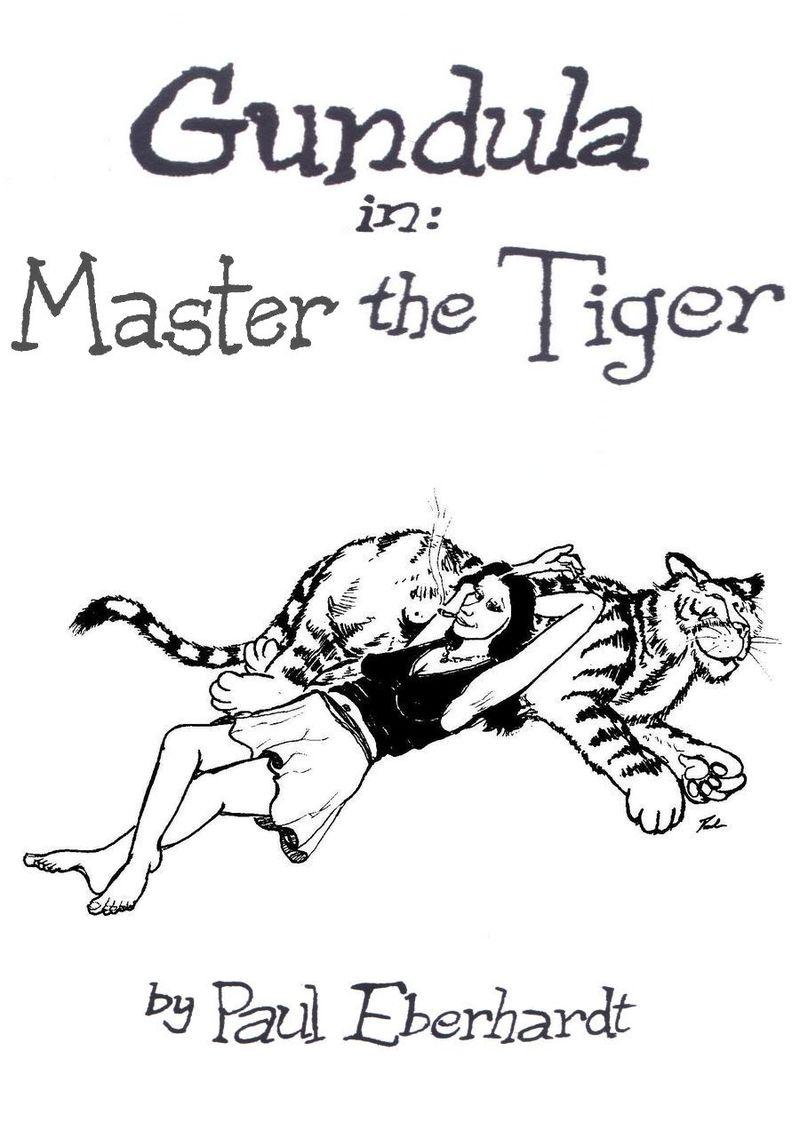 This comic started as nothing but an exercise in developing Gundula, a character from several unfinished novel drafts of mine, as a comic character. To make it less boring I decided to let her interact with a very old character of mine - my first actually - which is that tiger. When I was younger I used to draw him so often, that I could draw him quite passably from all angles even when dead tired, frustrated or roaring drunk. In the same spirit I didn't really bother with a story until it started being too much fun to stop.

After the initial bulk I'm posting now, this comic will update once a week (not faster, as I intend to keep it that way until it's finished - and I've still got scripts to last). I can also announce, that the art will get better at some point - there will even be backgrounds. I will experiment a lot in this, so please bear with me if it looks a bit jury-rigged in some places.

Originally the comic is in PlattdÃ¼tsch (Low German), the traditional minority language of my region, that often sounds so similar to English, that I'm constantly afraid of confusing the pages while lettering. I'll post that one too - you never know. I've heard that there are a few PlattdÃ¼tsch-speaking communities in the USA, too, so it might be worth a try even if no one from my place ever views it.

ed.: I guess I'll redraw the cover some day, even though that's not my top priority. I remember being quite content with it at the time, but then my standards were obviously a bit lower than they are now.

Love your art style, just lounging with her big cat :)

I'm always planning on redrawing this one, only that I somehow never get around to do so, but I'd still keep it quite simple and use the same motive.

I wouldn't want to sleep on a tiger, he might want a midnight snack!