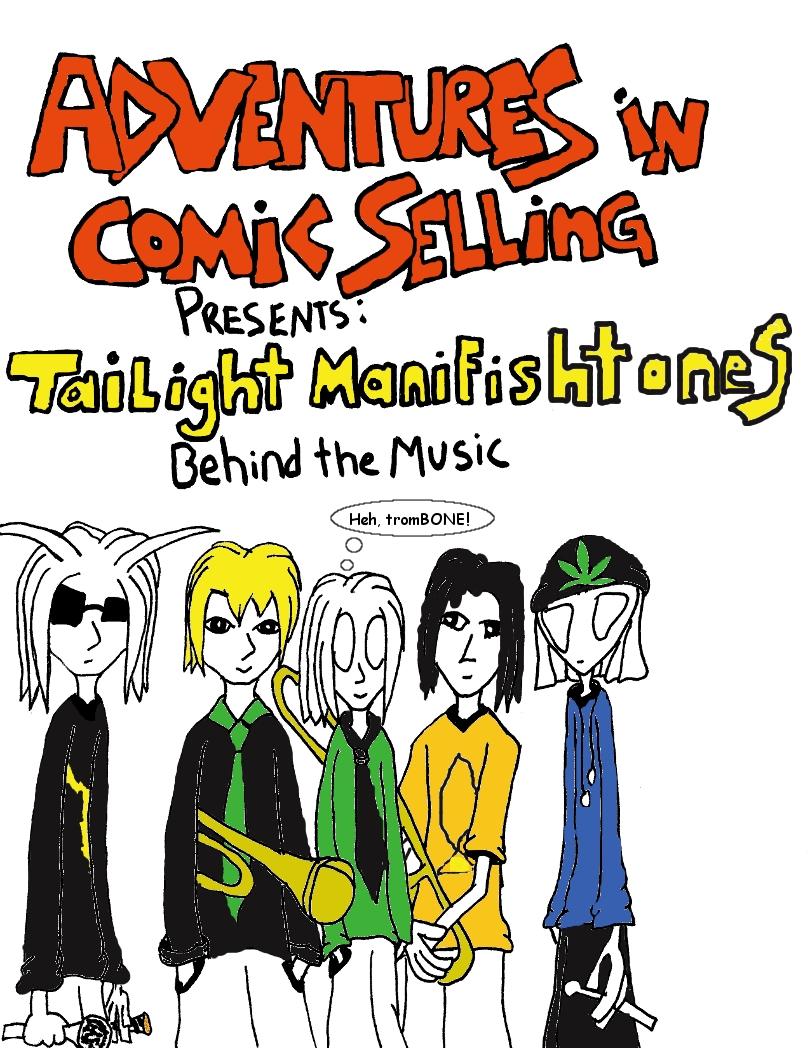 Here is the cover for the newest installment of Adventures in Comic Selling. Those two fellas with with the Trombone and Trumpet are from Aghammer's Comic “Running on Empty 08” I'd like to thank him for the use of his characters.
I originally had a different story planned that wouldn't have had a cover, and than I remembered those Behind the Musics that VH1 used to do and thought of this ingenious idea, so I made up a title page for it :) I do hope you enjoy this zany little reality comic I am cooking up!

Also, I don't do Aghammer's art justice at all, so go and take a look at his comic and add it to your favs! This is a pretty close parody to his cover art for Running On Empty, in fact I used it to reference his Characters off of :)

@ Machinehead- I imagine that drinking on Uranus is a very unpleasant experience…unless you are into that sorta thing. I guess you could ask R-Kelly seems like something he would like ;)

@ Aghammer- Six-ply toilet paper is the only thing that brings those slaves happiness! Here is a comic with your Running on Empty crew, thanks for the idea!

@ Patches- More harsh than you could imagine :)

PS. If anyone knows of some good coloring tutorials for GIMP could you drop me a PQ and let me know where it is at. I prefer text to video tutorials because for me they are easier to work off of.

what a great picture, cant wait for more!!!!

Put that shit on vh1 and all waste the weekend watching it. I can't count how many weekend I lost to "I love the 80s"

Dude, what can I say.. that is too awesome for words!! I can't wait to see what happens :) I always watch behind the music when it comes on... even if I hate the band.. it's like crack. Those "hits of the 80's" or "one hit wonder" shows are the same. So sad :D Anyway, very exciting... love the art and color work. Cool title too.. keep on rocking man!