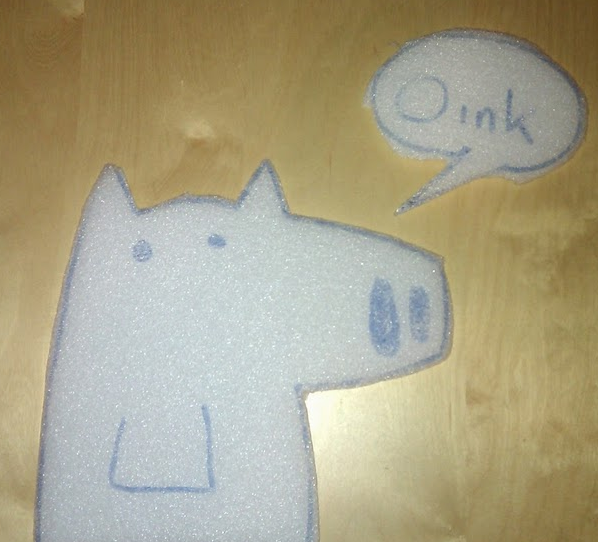 Foaming At The Mouth

I recently made this pig cut out for another project I'm working
on. I doubt anyone reads this anymore but it seemed like a good place to put
it.

I'm also working on the following projects:
Collaborating with Steven Spielberg  on a script for Jurassic
Park IV where the Raptors become soooo smart they develop their own economy and
gain full recognition by the United Nations just in time to bail Greece out of
dept and save the Eurozone


Also with Spielberg another look at the Transformers franchise but this
time told from the perspective of the Decepticons
who won a legitimate free election on cybertron over the Autobot who refused to
give up power.

Yeah I know, when he got to 1000 strips! I left him a congratulations message!

life and death cameoed you a while back