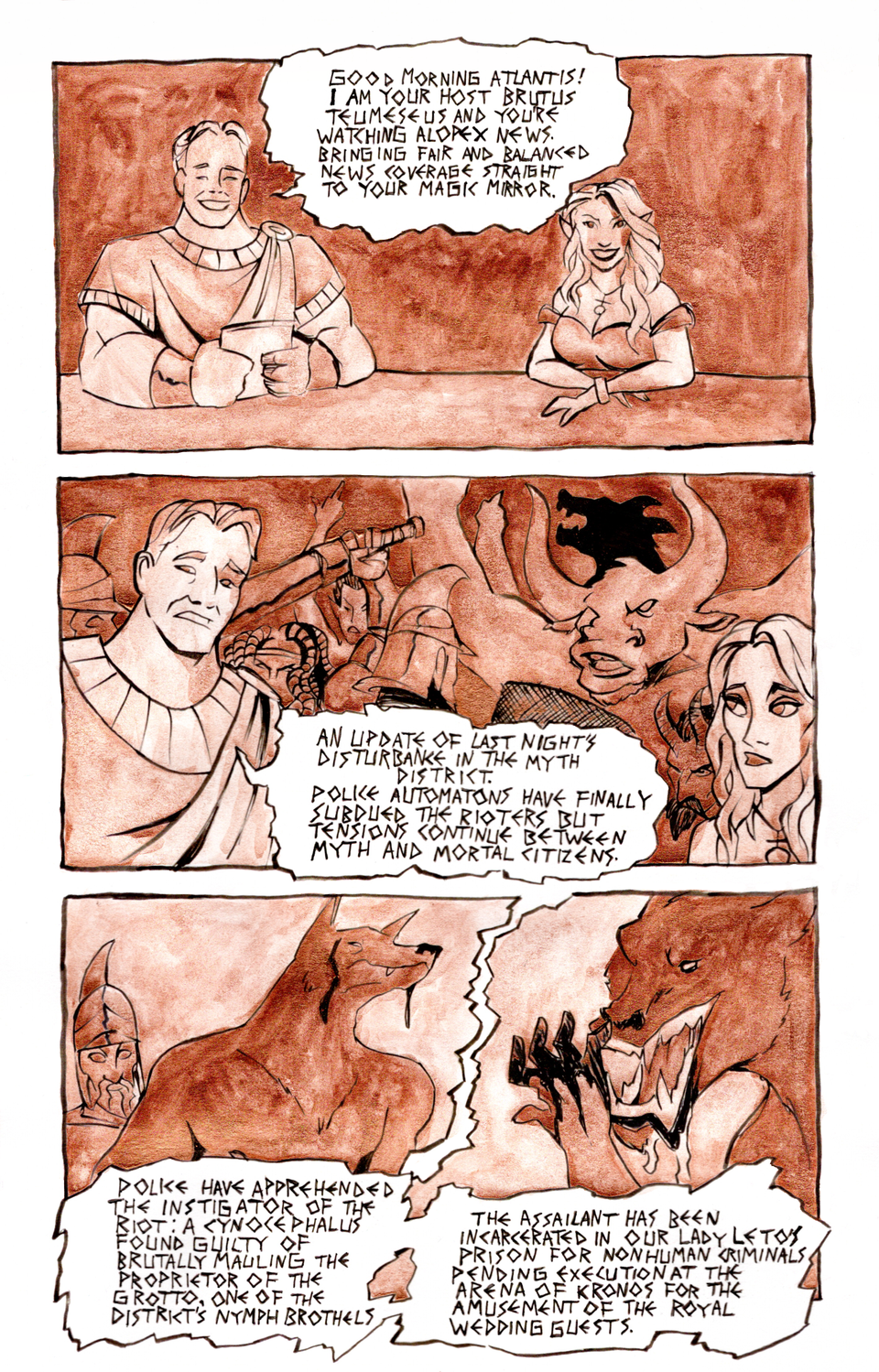 Finally getting around to posting my webcomic. These early pages are a little rough but I'm excited to finally be getting it out there!

Each page of this comic is accompanied by a prose version for those using a screen reader:

“Good morning, Atlantis!” A grainy image crackles to life on a bronze mirror. A heavy-set man in a toga sits grinning at a desk. Beside him, an attractive blonde-haired nymph in a low-cut dress smiles prettily at the audience. “I am your host Brutus Teumeseus,” he booms, “and you're watching Alopex News. Bringing fair and balanced news coverage straight to your magic mirror.”

Behind the seated figures, a silent vision of a riot shimmers into view. Shiny automatons armed with clubs and shields beat back an angry crowd of creatures. A topless nymph raises a middle finger. A gorgon hisses with venom. A minotaur charges, bellowing silently as Brutus narrates over the scene: “An update of last night's disturbance in the myth district: Police automatons have finally subdued the rioters but tensions continue between myth and mortal citizens.” The nymph looks sadly at the violence but says nothing.

The image changes to that of an imposing canine figure with one swollen shut eye and blood dripping from a head wound being escorted in handcuffs by an automaton. Brutus continues: “Police have apprehended the instigator of the riot: a cynocephalus found guilty of mauling the proprietor of The Grotto, one of the district's nymph brothels.”

The image changes again to another image of the same cynocephalus snarling and slavering as a bloody hand raises in self-defense. “The assailant has been incarcerated in Our Lady Leto's Prison for Nonhuman Criminals, pending execution at The Arena of Kronos for the amusement of the royal wedding guests.”

Very original. Hey check out my comics too!

Thank you for the feedback.