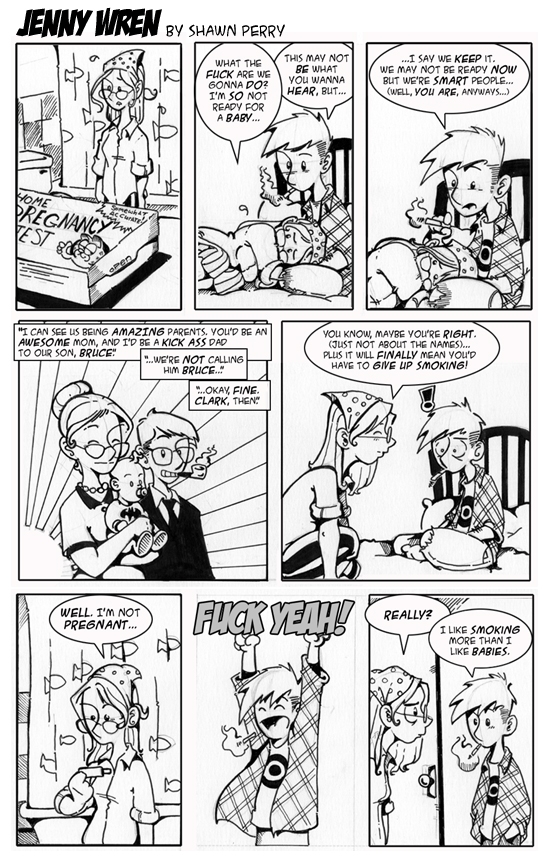 Another new one? Yes!

As you can guess, i don't do these on a regular schedule.  My life really won't allow it.  But this one wrote itself, and I had the weekend off, so here it is.  I had originally thought about making Jen pregnant, but then that can only go one of two ways, and one is painfully unfunny and the other, I'm not sure I know enough about pregnancy to make jokes about it.  Watching Knocked Up several times doesn't count as research, I reckon.  So yeah.

What a great drawing line you have and the history is very fine too! it's so sad to see there is more than two years without an update!

@Rachel87 - Yeah, I used to work at a pharmacy, and every now and then I saw Garfield on the packages to things he had no business being on, like wart remover, so I put him on a pregnancy test. lol

I know I already commented but I just noticed the Garfield on the pregnancy test:3 Ha!

Ha:D I'm going to favorite your comic, I really like your artwork and it's pretty funny.

Yay! Welcome back to Drunk Duck. Also, if Family Circus was anything like Jenny Wren, then it might actually be funny.