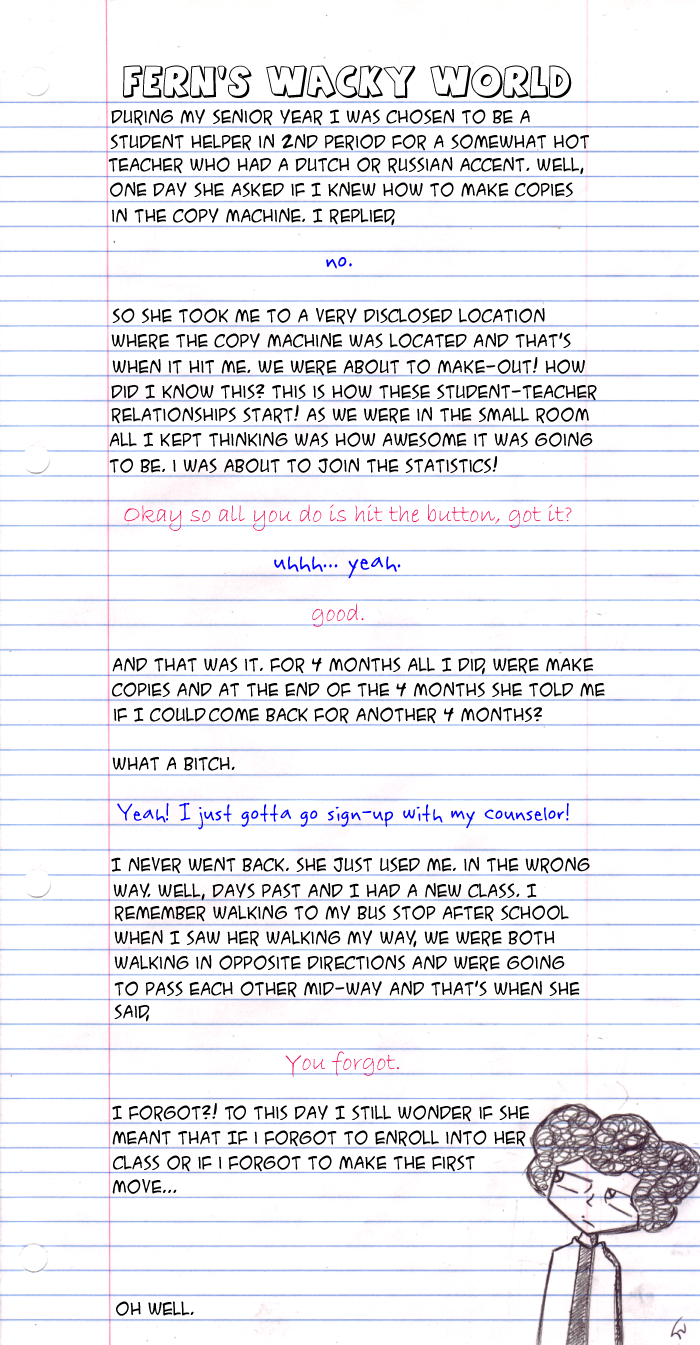 You made me laugh out loud.

This comic has the longest name I've ever seen.

I cannot believe it has been a year.

No hot teachers and no photocopiers when I was in high school ... I think we had mimeograph machine. No buttons to push ....

Dude I think I would have done the same... sigh... Anyway, great story dude I relate.

I'd have to say, I think this project is one of the best I've seen in a while. Hope it continues.

Its about time for numero three

id love to help, but have no scanner T^T have to find some other way to help

When you guys start back, I'd love to contribute.

Wow, that was intense. Seriously.

Hahah, have you ever seen the comedy Little Brittain? Student-Teacher relationships are AWKWARD.

awwww... you poor thing. didn't get that ass.

"I'll miss it too, until January when it comes back. Unless he decides to quit altogether. STOP MAKING ME TEMPT FATE BOCAJ!" I'm so sorry...

ahh..well... it was nice while it lasted.