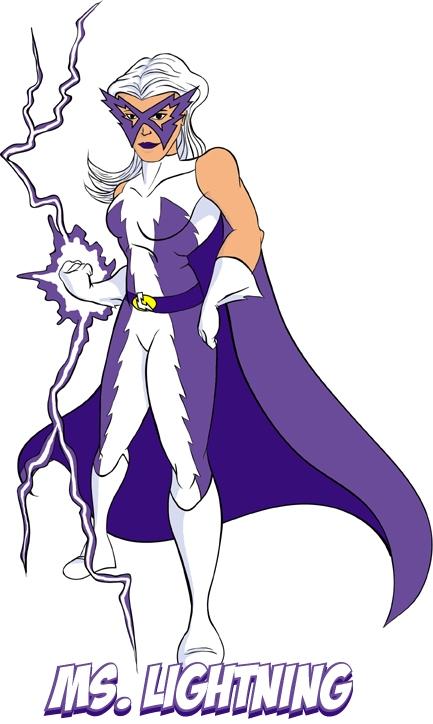 Here, in all it's silver age-esque glory is fanart of Ms Lightning from Legend Comics! He tweaked her design a little to make it look a bit more electric (pun!), but I like it so much that I'm prepared to accept this look as canon!

Check out more of Legend Comics' work here:
His sketchbook
The Urban Legends, his own superhero team.
Knight Hawk and Kid Sparrow, which stars him and his son as a Batman and Robin-esque duo!

Also, he suggested her first name be “Light” as a joke, but I took that idea and decided that her real name should be Phoebe Bright, as “Phoebe” means something along the lines of “light”

Glad to have you back !

She sorta reminds me of Frosta from the old He-Man cartoon.

She could be electro's girl friend, nice!

Yay, 5 to myself. Thanks for the links, Azu. She was totally fun to draw. If you make this comic I'll do her flashback.

Accurate to the design but cool in it's original way, this is pretty nice

He did a nice job on her, makes me really wish Oz Stars was being made, I can always hope right :D