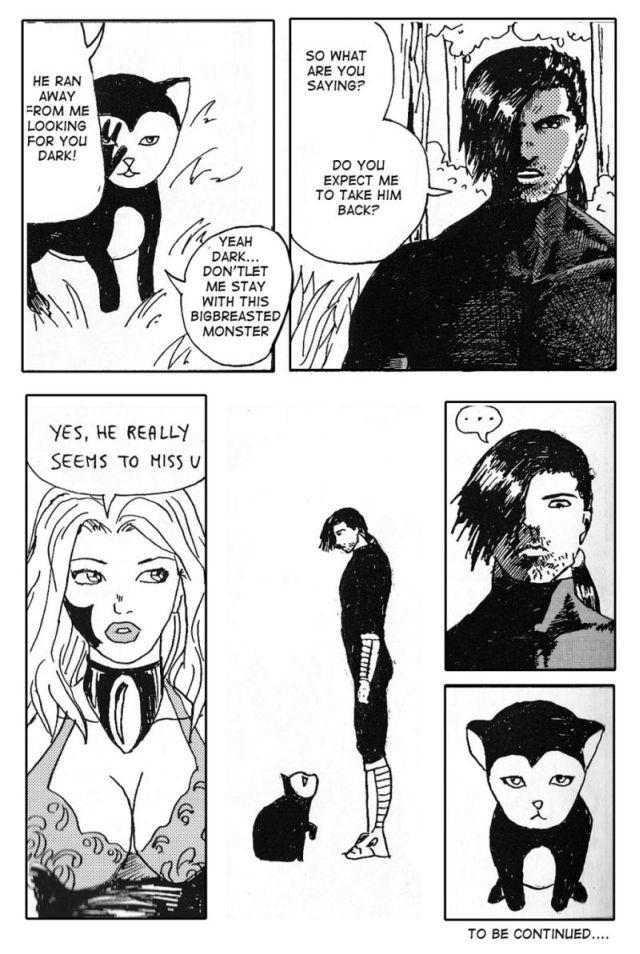 This comic is fanart of the Phantasy Star online series that first was released on the SEGA Dreamcast. I have 3 chapters and everyday a new chapter will update for the next 60 days.

awwwww. big breasted monsters are the best kind of monsters.

Beware the power of cute!

Not bad. But where are the Newmans? @sonic2005: There is nothing wrong with the 360 version of PSU. All three versions are more or less the same

sweet i used to play that game. ever hear of psu phantasy star universe if not you should get it for the computer or ps2 not for xbox the xbox one sucks

Screw boobs, I loved that game.

I'll have to look more into that ^^

aww... what ya look at those innocent eyes! I'm loving this comic... another great comic series from you! Keep up the good stuff coming!

Love your style and the story seems good too

hahaha this looks funny to me for a reason

bwahaha big breasted monster :3 The kitty is so cute even though it does have a semi bad mouth :o