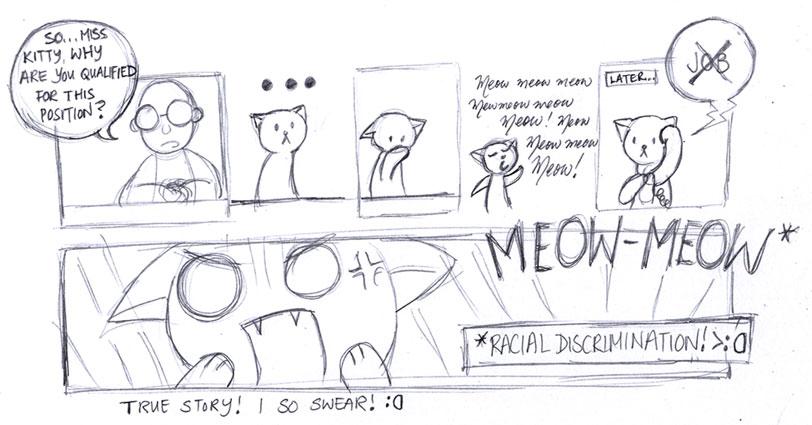 There's a part of me that's pretty embarrassed about putting up something so sketchy like this. But baby I swear! I wasn't cheating on you! I wasn't updating other accounts behind your back I swear darling! It was the job interview you see! They stole me from you but my heart remains with youuuu~

Actually I had two job interviews. I didn't get the first one but I'll hear back about the second at the end of the week.

It's a true story! I meow meow meowed my heart out and they rejected me! I bet it was my shiny fur, delicate paws, and the silky sound of my voice as the me-OW rolled off my tongue. They just couldn't take it. Jealousy! Racial discrimination at its worse! D: I hiss!

I think we've ALL been there before!

Once my ex told me: just tell them what they want to hear. So I did that, and voila! Job now. XD

Hahahaha! Congrats on the Job BK!!!! Argh, I hate interviews... All the last times though I've gotten the jobs first go, which is good. Jobs through networks of friends and associates are so much easier to get ^^