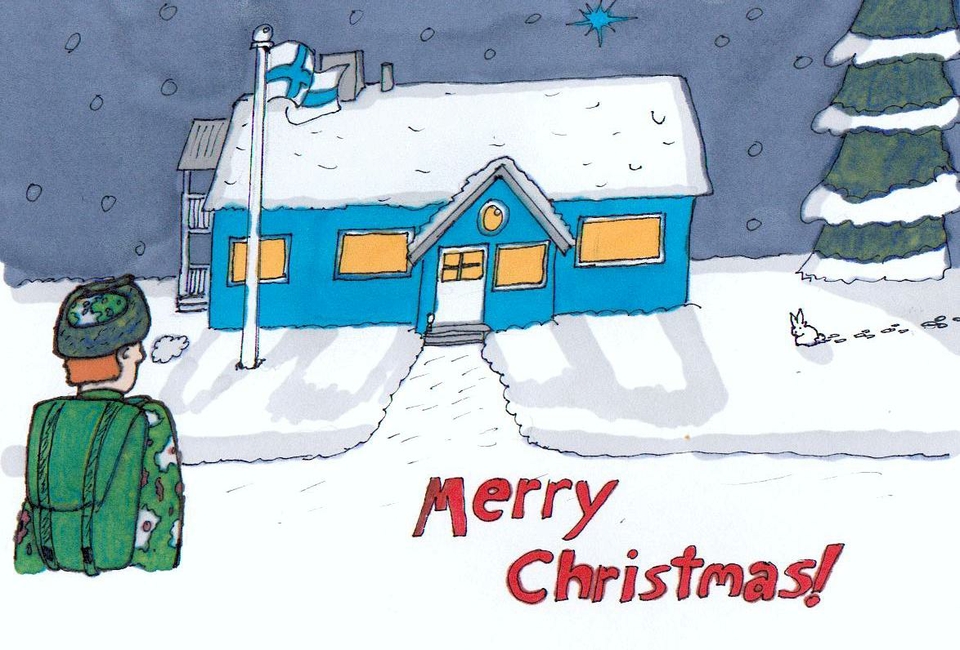 Merry Christmas, Happy Holidays and all that good stuff!
Can't believe it's already Christmas. My time in the Defence Forces is almost over - TJ 11! Time has flied by so fast, but especially this year, I'm grateful of it. The Army hasn't been as bad as I feared - mostly thanks to my position as a scribe - but it's been such a vacuum of life. It's good to get back home for a little longer than four days (4 days is the longest vacation I've had during the half year, once around the halfway and now, the Christmas vacation).
As for the Paper Cuts… All bets are off. I'm not going to continue it as this grayscale version. I've bought some ProMarkers for coloring, it looks better but takes more time. Getting back to sprites is an option, too. Making it in 16-bits would be cool, too, it'd add some challenge. I've also thought about the plot of the comic, and I'd like to remake the beginning, actually the most of the comic. Anyway, it's hard to say at this point. We'll talk more about it after I've got home for good.
You guys have a relaxing, peaceful Christmas and a very fabulous new year!

Welcome home Gustaa it's good to hear from you again. Have a merry Christmas man and a wonderful New Year!

Thanks dude have a good Christmas and new year too at home. I know that feeling to want to change some things in the comic later in the story, things that could have been better, clearer. Good luck if you use the coloring, it's not always easy to use the good colors and shades.