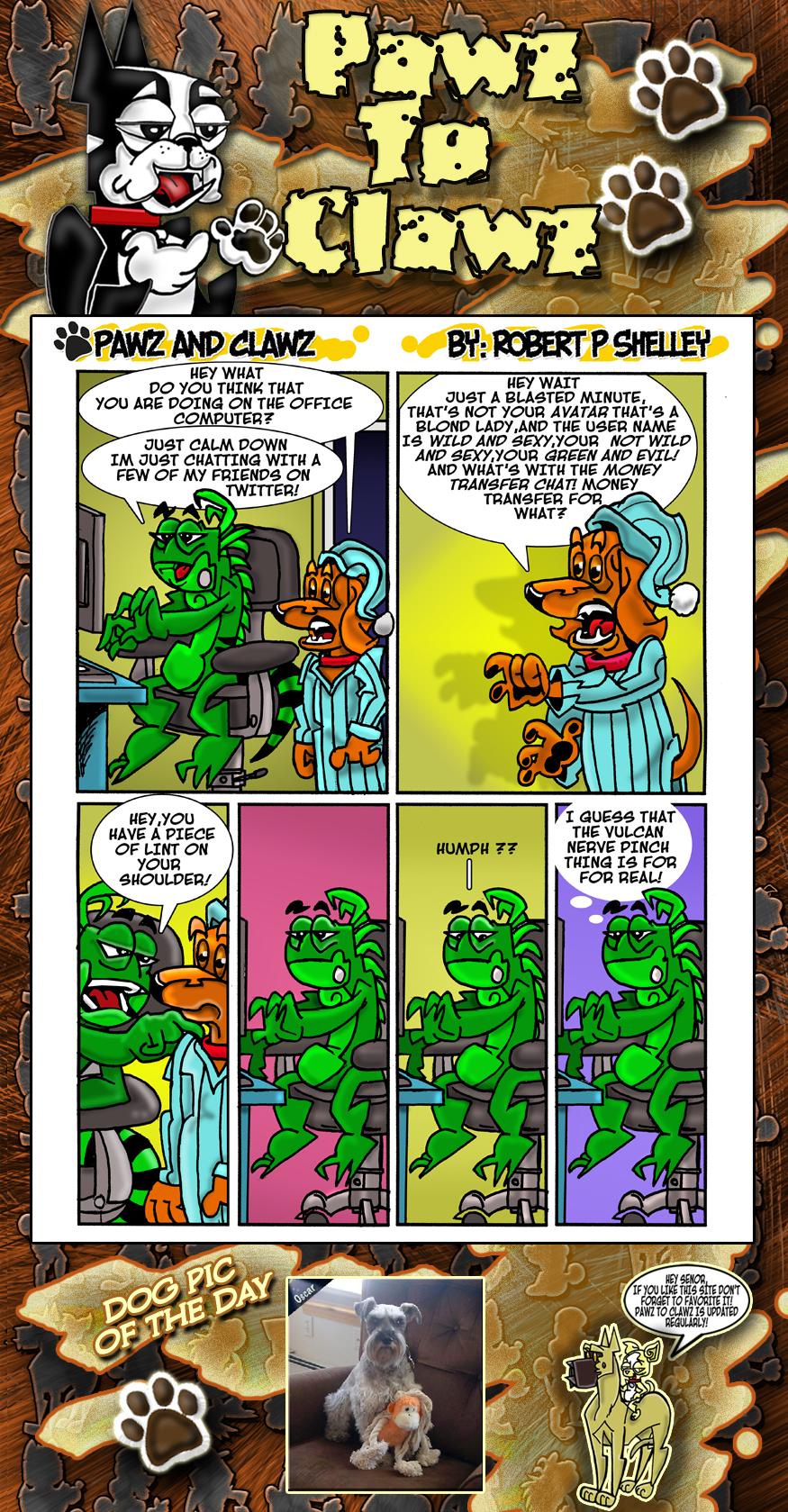 putting a good dog down

Up to page 16,its slow but still moving!enjoy

Just wanted to drop in and send a personal THANK YOU to everyone who left congratulations for House of the Muses 1 making this week's Thursday feature! Your best wishes are deeply appreciated, and you're awesome!!! Keep up the great work!

This still blows my mind! Really! Just caught up on everything!

Love the bright colors and shading. Apparently the iguna is a horn dog with vulcan fighting skills. Kool!

HA! This is good. Your in my fav's man you gotta update soon.

When is this comic updating?

LOL! I know, I know, just catching up.

ha ha ! yes! now that he's out cold take pictures of him that look like he is doing weird stuff. then you can black mail him !

Mean little Iggy. But dogs shouldnÂ´t stick their noses were it doesnÂ´t belong.

Mean little Iggy. But dogs shouldnÂ´t stick their noses were it doesnÂ´t belong.

LOL, didn't see that coming! Evil Lizard! Can I send you a pic of my doggie for the dog pic of the day?

I guess you need to have green cold blood to be able to do the [b]Vulcan neck Pinch[/b]. :)

I find it easier to simply snap someone's neck, but there is a bit more of a mess to clean up afterwards though.