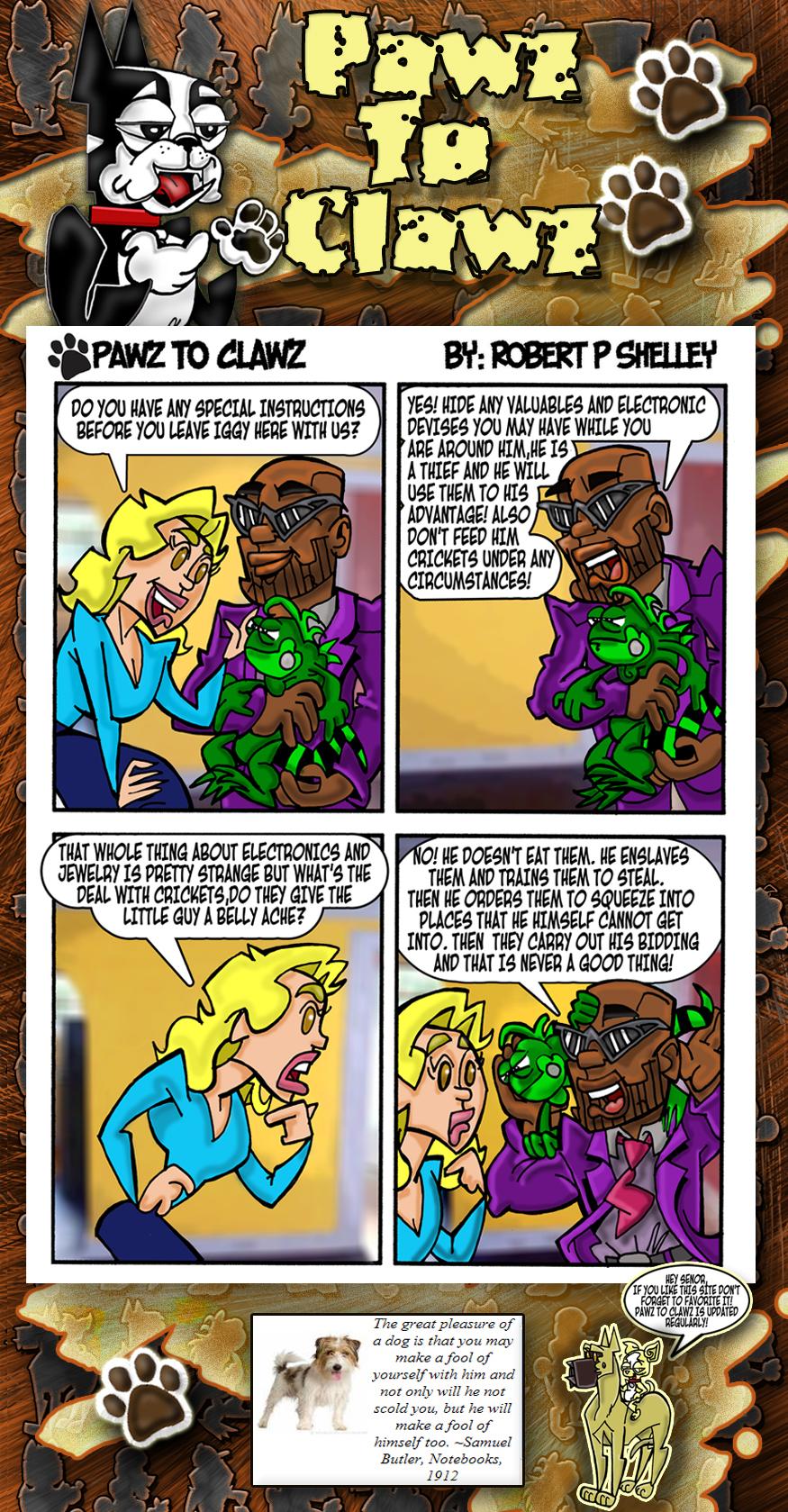 This is only the beginning

Here it is gang page 2.The response to my work has been overwhelming and I am soo touched thanks to all you guys for faving this comic and thanks for all the kind words.This comic has a few central characters but because its a vet and grooming and kennel you will see new characters all the time ! Its time for pets toooo ruleee!!!

you know I love animal strips, so you've got my vote! Faved!

Grown iguanas shouldn't be fed crickets, anyway - they are vegetarians.

all crickets need to be enslaved!!!!

that's lizards for you...

I once knew a lizard its name was Pepito...he is death now XD...anyway nice comic

I like Iggy already, now go and enslave those humans Iggy.

Evil lizard...could easily build an empire or something.

Dang! That is one scary lizard!

This is too much, Robert! "Mr. Blunt" - I'm really blown away here! Congrats on the early buzz. This is great!

Our iguana never did that - but then he was also a vegetarian ^.^

That lizard is evil I'm afraid magical! Glad you caught the surreal effect I was trying to convey zephyrion,Im quite sure this quiet kennel will never be the same now that this crazy iguana has entered the picture!

I like the fact that it is a well dressed black man Telling her this seemingly crazy story.

that is a smart lizard