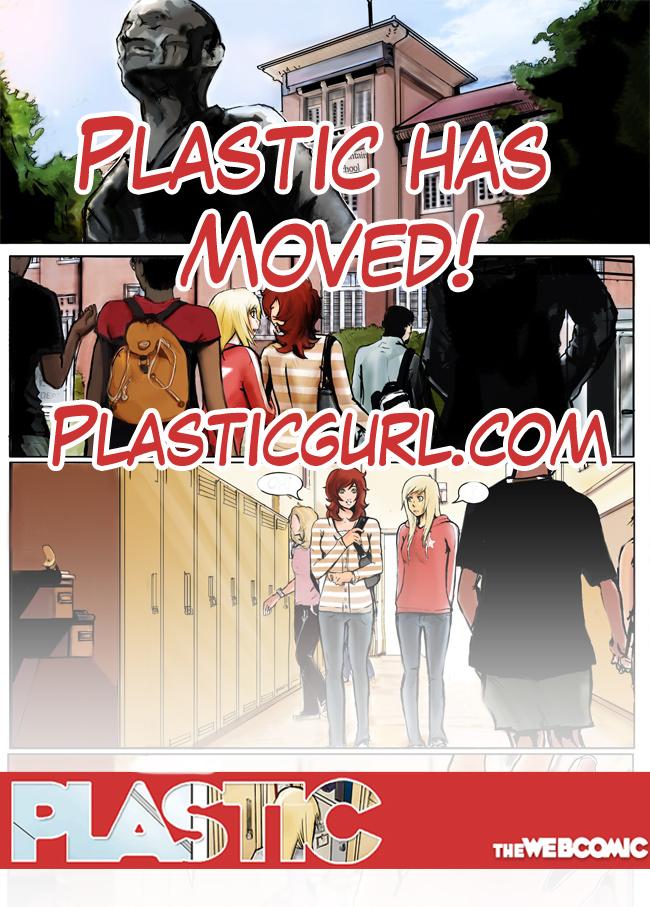 Dear DD,
I cannot thank you enough for all the support you've given my comic over the years with your comments :) I will miss Drunkduck terribly and hope you will still follow over on my new domain;
http://plasticgurl.com/

New updates are every Wednesday along with a new site layout(what do you think of it btw?), new features, and a cleaner archive. Don't forget to bookmark or press ctrl+d

Thanks again for your support!

why did you discontinue the comic!? It's so awesome... and now there's less yuri comics on the internet that are actually worth my time.

i found the website i think... but it does the same thing as that link : /

Guys, the link doesn't work because the comic has been discontinued.

the link just goes to some weird website that I don't think is your comic, can you please try to fix it :/

the link isn't working for me, either. :/

I too, would like to know why the link won't work :/

LOLOLOLOLOLOLOLOLOL. This comic is soooo good! You are so very talented and I love you to bits. I'm making this my desktop background!

Amazing! Just started looking at your new material...Man have you enhanced in leaps and bounds - Makes me want to make a few power moves with my own comic. I've been hit-and-miss with DD...Always admired your work and storytelling. All the best to you. I'll have to check out your new website from time to time.

a skullbie plague is one anyone would like to have, i wish for your success!!

will follow at new site. thanks for letting us all know, gotta keep supporting yuri :)

Thank you for letting us know your still around and updating somewhere! I'm glad to see that!~

Um llawliet did you even read what it says?... -_- Well this has been coming for along time I wish you the best my friend. Please keep in touch.

THANK GAWDX3 i've waited so long for an update:D this is great

dear skullbie, Congradulations! Your a real trooper to return to us.I missed all the gang and was dying to learn what happened to them, Hope to read thousands of pages! Tommym

Does this mean you won't be in the forums anymore either? But but but... you give awesome advice there!

HOLY SHIT, SKULLBIE IS BACK!!! *glomps*