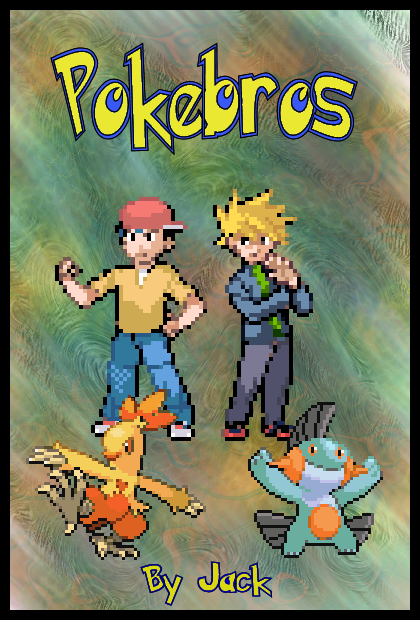 Hey all, welcome to my new comic project, PokeBros! This comic follows the story of two best friends Derek and Mike, and their journey throughout the Hoenn region. Mike, the sarcastic one, wants to be the best trainer of all. Derek, a little more naive, simply wants to see as many Pokemon as he can possibly find. There will be more important characters along the way, but we'll find out about them later. Also the title PokeBros does not mean that Mike and Derek are the stereotypical “bros”, just called it that because they're best friends. Ya know, bros!

Anyway, I'm gonna update this kinda randomly for now, and once I get PnD and the other new comic up, I'll have a schedule worked out (one that I can hopefully stick to). For now, I'm putting up the first strip of this one and then second one will be up tomorrow.