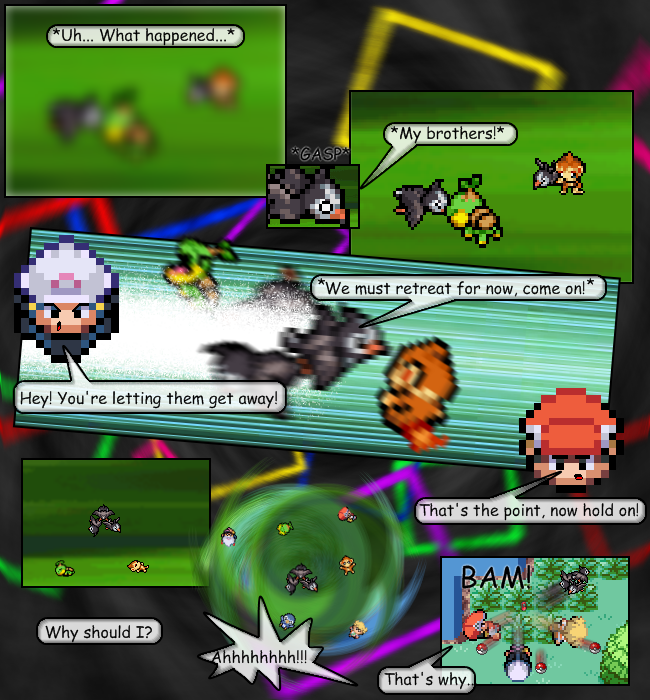 OMG! Another comic! dos this mean Pokemon DPP is back?!
The answer to that question is a sad no…
The reason why i've had a hiatus for so long is because my computer screen crashed and i had to find a new one at a cheap price

While i waited to find a moniter for my laptop, my friends urges to try World of Warcraft at his house finally got to me, and now i'm addicted to it. But it is a good game to be addict to, BUT THE PRICE A MONTH OUTRAGOUS! So, i'll be spending most of my time playing it instead of doing comics. And yes i did get a moniter after 2 months.

If you need me on WoW, my main person is on Emerald Dream and his name is Noveon, a night elf rogue, and occasionally, i go on my Omegarizor account, a gnome warlock. IT"S SO ADDICTING!!!

So once in a while i'll update this comic with new stuff, and possibly new maps of the sinnoh region.

WoW indeed claimed another victim. Another comic killed by WoW.

I got the WoW 9 day trial a few months ago, but it was sucking away at my real life, so I decided not to get the paid version. plus it would've drained the shit out of my money.

At least your contuining the comic!^^ Have fun WOW!^^

Alright then. If you get the time, I could probably assist this comic for you. Then You would have no worries. Have fun on WOW I might get it soon.