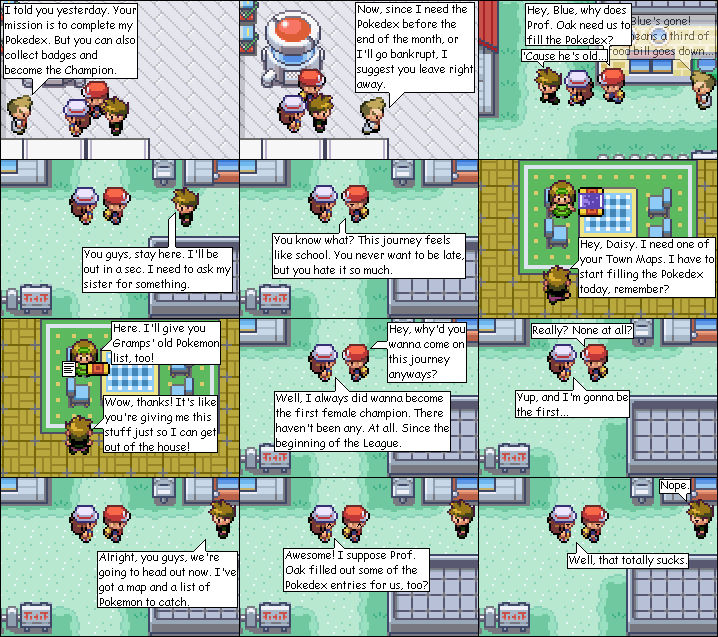 I'm pretty sure there are no female champions. In the games, we get Lance, Blue, Red/Green, Lance again, and then Gold/Crystal. Crystal DOES NOT COUNT, because she exists 3 years in the future. And Green hasn't become champion, and we don't even know if she will become champion.

The original is here.

If you can't read what Oak is saying while the three of them leave, it says:

Oak: Yes, Blue's gone! That means a third of the food bill goes down…

By the way, Daisy DOES hate him and DOES want him out of the house. That means everyone hates him suddenly!

Have you never played DP? Cynthia is a champion.