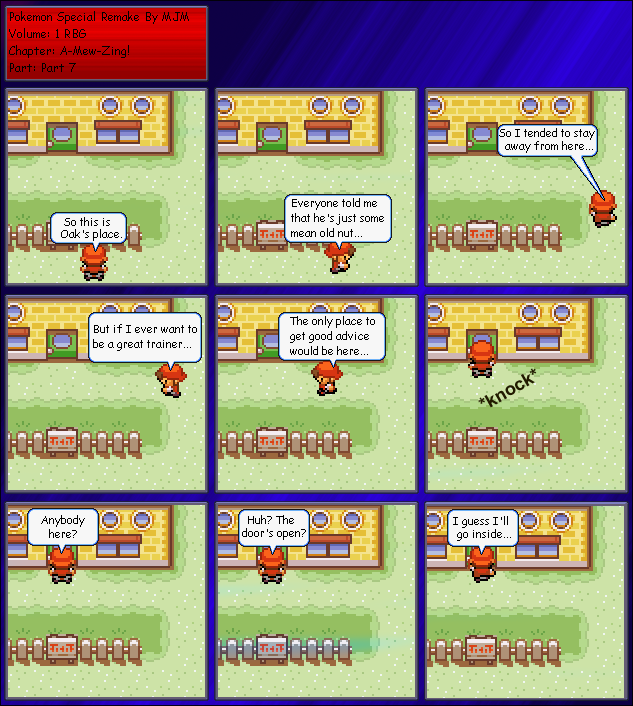 Well yeah, I was hoping to update on Staurday and/or Sunday but I couldn't finish this one in time. It was meant to be for Saturday but I didn't have enough time to finish it. It was half done on Friday afternoon.

So anyway, I got the chance to finish it today and upload it as well.

Tommorow you'll be getting 2 pages. 1 is the Chapter Cover thing because the Chapter is over and the other is the normal page.

Please do, it's an amazing comic

So... maybe I'll update this because I started PWT back up.

The love for this comic is great, I might start to make this again in addition to PWT maybe.

This comic seems pretty cool. I like the way you have adapted the manga to a sprite form. I'd look forward to more of it in the future, if you ever get around to updating again.

Heh, not bad! Will you have Red wear a Team Rocket disguise, too? XD ....although, the description said that this was the manga remade in "comic form". Which seems a bit redundant, since manga is a type of comic (hell, the word "manga" means "comic")