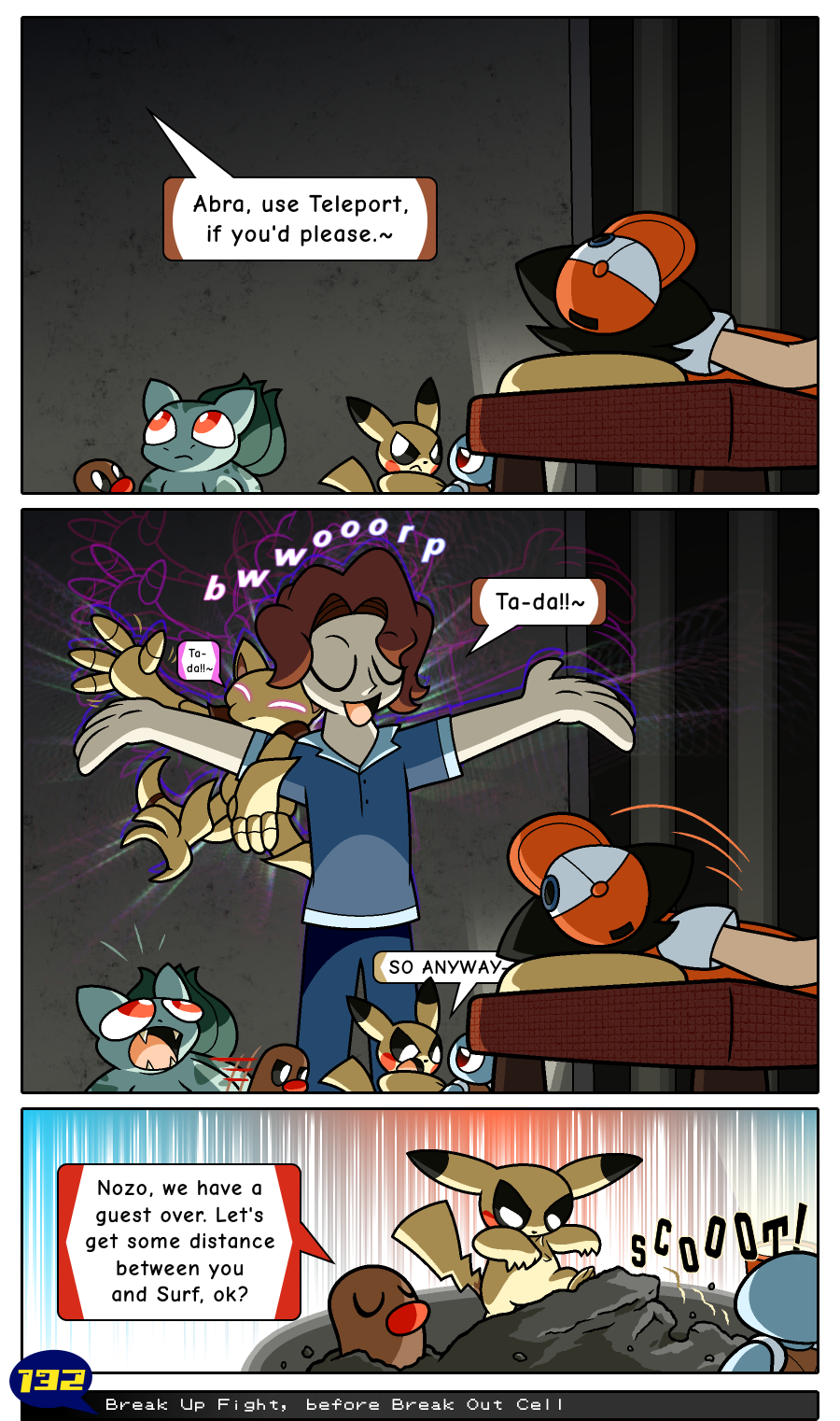 Comic #132: Break Up Fight, before Break Out Cell

Hello! My apologies for being late!

But yes, the lateness stems from that I've had a super-rough last two months (and the next few are also looking very very rough). Thanks to my mental illness and other things, I've had supremely bad luck with employment & am essentially kicked out of any support from my family anymore. The one person who does still support me (my spouse) is also having a very rough time and I should be honest that while I do have January's update ready to go up, anything after that is a question mark, given how we have no idea where we're going to live. But, as far as this comic goes, I do want to try my best to keep it going, should I manage to still have a computer to use/a home to use it.

Also, what was going to be this month's update has been split into 3. I felt it best to be upfront and honest about it here. This is partially because of the aforementioned life issues, but also because I like to keep PYC Comic Pages under 1.5 MB (old habit+when testing PYC with my phone, the few pages that do exceed it noticeably did not load very fast) , and when doing my “pre-final pngs” noticed this one, really skyrocketed beyond that. I was originally going to split it in half, but couldn't find a halfway point that didn't seem weirdly-cut, and into 3 made more sense.

Thusly, the next PYC update will be December 24, 2019. And this will be the middle section between this, and January 1st's update.

Last thing: Wanted to thank my spouse for help and support through me making this page like they have for the past pages! <3 And also a friend, laurelynnleake, who helped me with a clarity issue I was getting from this page's Panel 3.