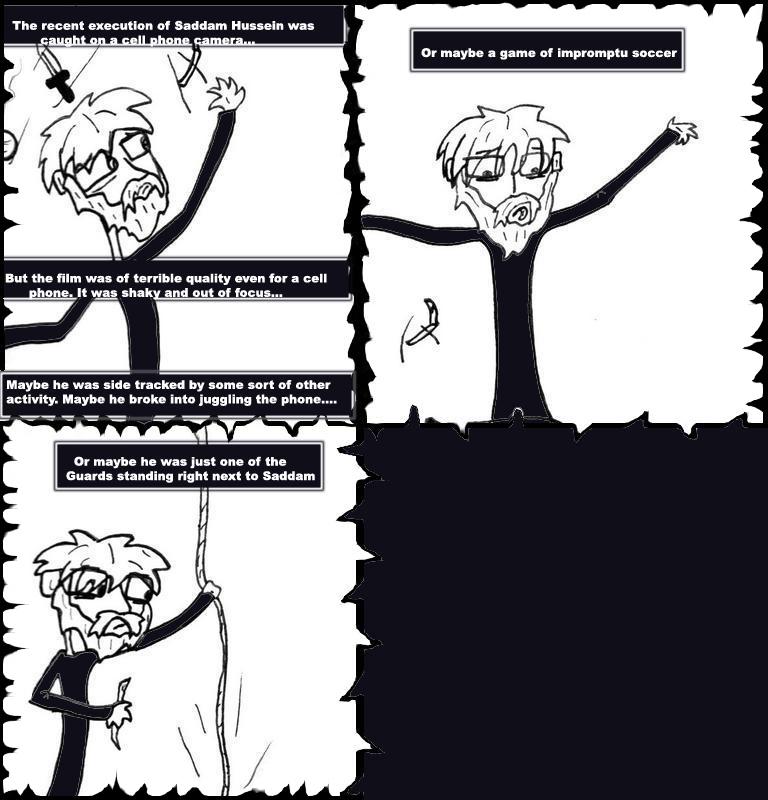 Well its true isn't it? Two people were detained in connection with the video both of whom were guards during the execution.
Yes i've seen the video, It was bad. Not because he was dieing. but because it was unprofessional and a grudge killing. People were shouting for Muqtada Al-Sadr and chanting sunni sayings as he was hung. And to top it off they broke into “to hell with you” as he went down.
He was a terrible person but hell, it was more like the execution scene from braveheart.

I dig your style, totally.

I totally agree. He was horrible. But a person who takes glee in another man's death is simply no better. And I also agree that the footage was just so shakey and so bad. Lol impromptu soccer xD