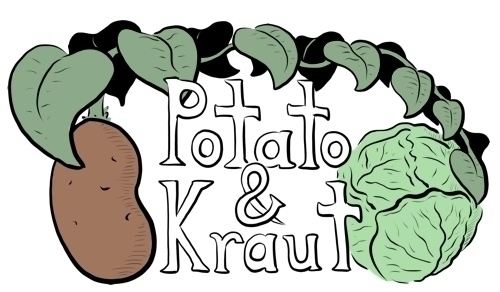 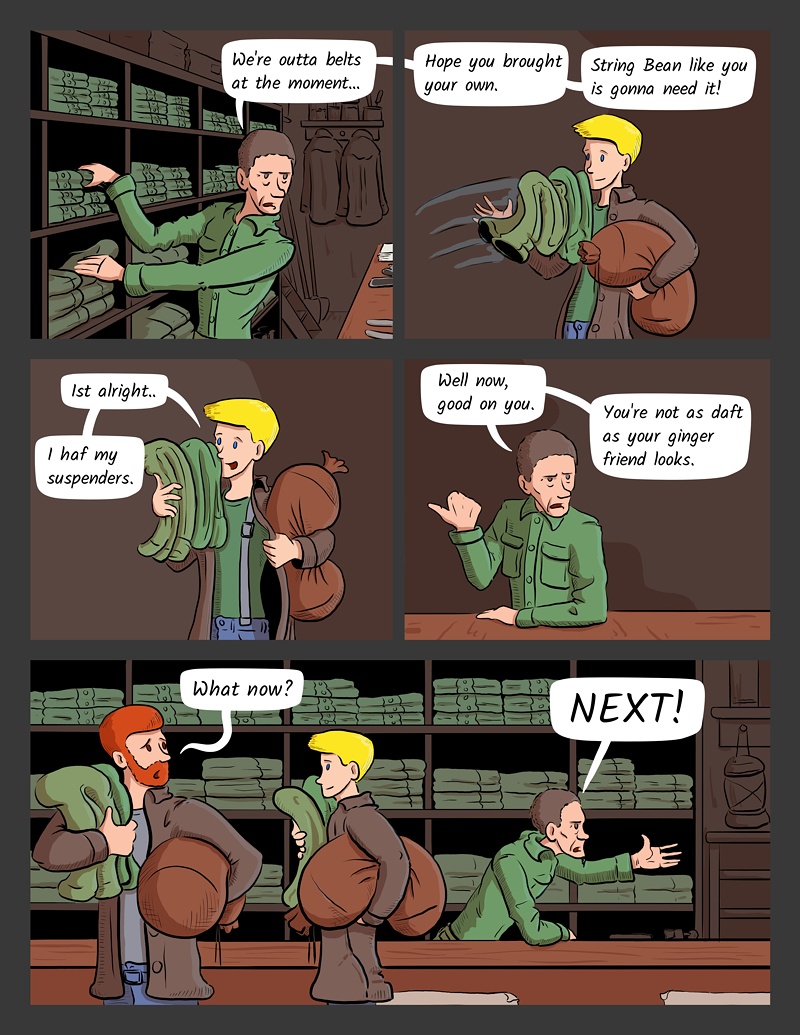 Nic - This little chapter had an interesting journey in planning.
Ben - Nic doesn't like to talk about the writing process much but she has given me permission to talk about it this time. Without even knowing what I was going to say! That's trust. :) So one of the things I really like that Nic does when writing this story is that there tend to be echos from one chapter to the next. Some element will carry forward, even it's just an emotional tone. This is the last page in a chapter that was originally supposed to be much longer. The original end was to see Ada try on the uniform and find that it was a horrible fit, just like James' clothes in the previous chapter. We're also supposed to, you know, start boot camp and set the tone for that as well. We were finding that in order to do both it was going to be a long chapter that ended up covering a lot of what happened in the previous long chapter. So instead, Nic decided the best thing to do would be to shorten the chapter to mostly just setting the tone of boot camp and talking about Ada's suspenders, which she favors after starting to dress in men's clothes. I thought it was an interesting journey (and also a better choice in terms of storytelling). Hopefully you all like it as well.

Suspenders were part of the British uniform in WW1 and WW2. All the pants had suspender buttons and numerous pictures of soldiers with tunics off show the off white linen issue suspenders. Think I still have the pair I got when cos-playing British soldiers.