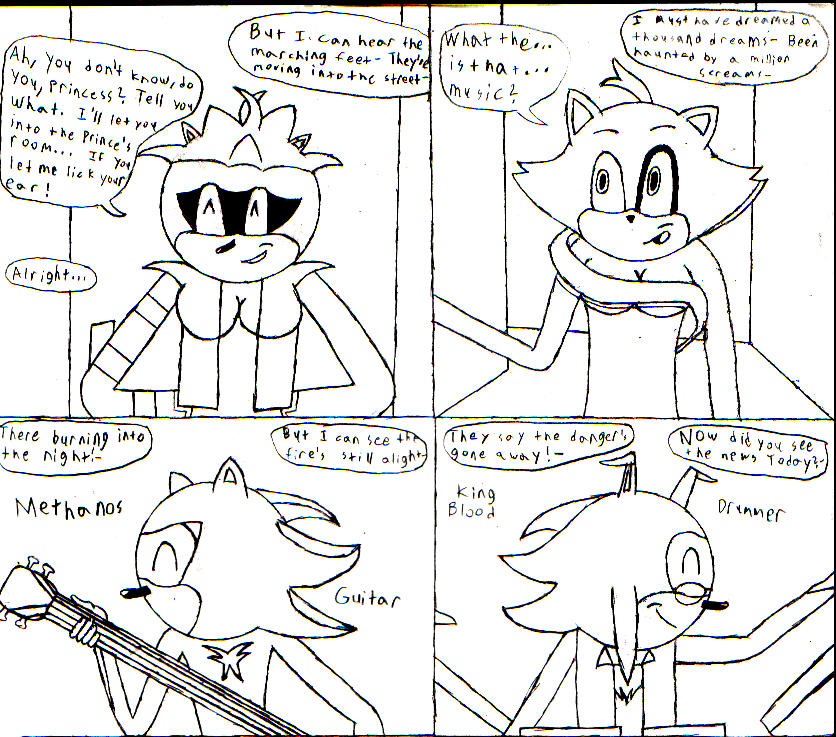 Guys, this is a whenever comic. But this page ain't really done, and never will be. But that's alright. Gave me a better idea for page 3. The reason it's not done are two, very simple reasons. 1. While working on it, I ran out of .7 lead, and I refuse to use any other pencil than this one. 2. I… lost the page soon after I ran out of lead… oh well. There is another coming… in case you haven't noticed, I have an A rated version of this comic. It is not because of actual sexual activities, but simply the fact that there is more sexual jokes and there will be more blood from the fights, far more than would be allowed in an M.

Onto the comic: Alright, the only thing I think I fucked up on on this page is that Methanos doesn't have the proper guitar for this… That's an acoustic guitar, which is normally used for country. Hmm… can anyone guess the song? I'll color in a black and white picture for the first one who guesses it. The answer will be revealed on the next page, so you have some time to guess it. Nothing else is really messed up, other than that I didn't do much in the way of shading… or actually shade it…