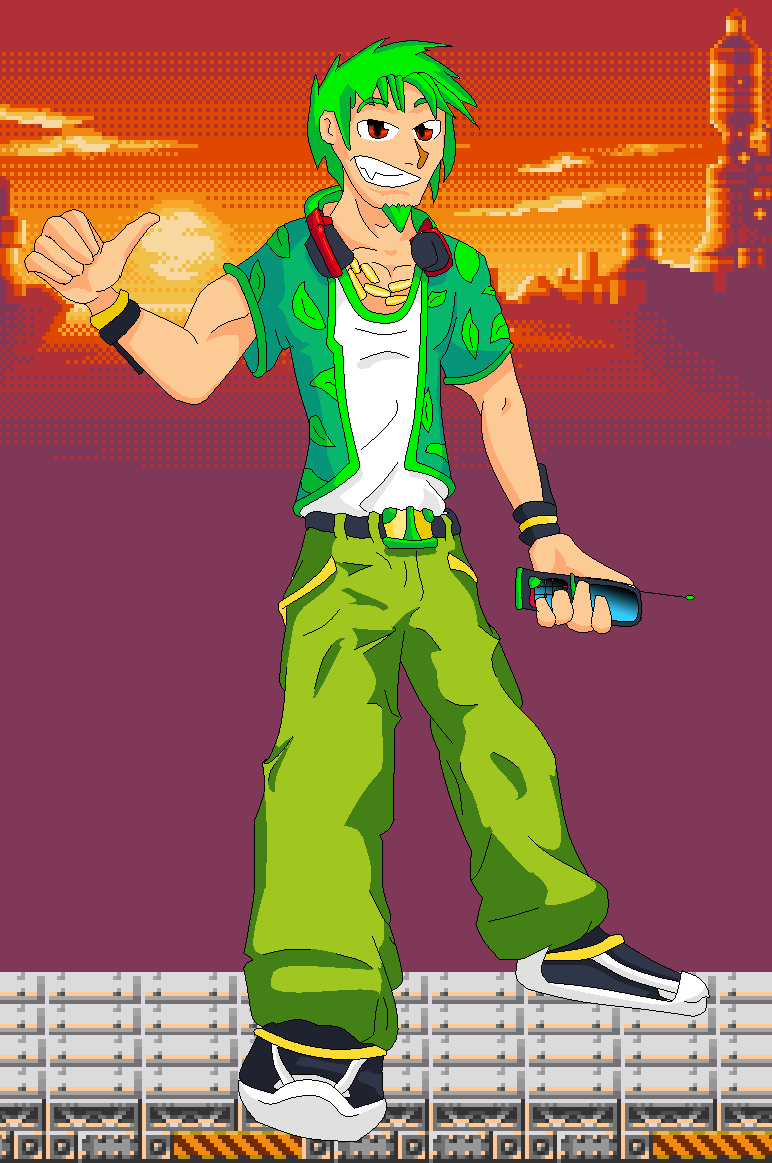 Yeah, it's an okay picture, I guess.

He's been alive for 3 months and din't amke a single sonic overdose!!!! I am doing a sprite slideshow thing,a nd trust me, he doesn't HAVE to do special affects, he can just put the sprites and stuff, get back to work on sonic overdose dude! People have been waiting for more ovderdose for half a year dude!!!!!!!!!

-_- GAWD DAMNIT, HE'S HAD WAY MORE LINES THEN JUST THAT ONE!! A better quote for him would be "We never turn down work that pays!" Anyways, now that that's off my chest, do Espio, Charmy or Knuckles next!

*curently in the fetal position at a nut house* No not he computer room! Anything but! Id rather watch saving grace!

Anonymous- He's posting his OWN images, not rand DBZ pictures like you did (I know whi he is, can't think of his name)

@Anonymous Why are you guys always anonymous? huh huh?

I would think him to be jamacian.

I thought vector would wear something... less "leafy"

Id Imagine Vector bigger and of a different race. But still good

I really don't like Vector. or this design. But still an okay drawing.