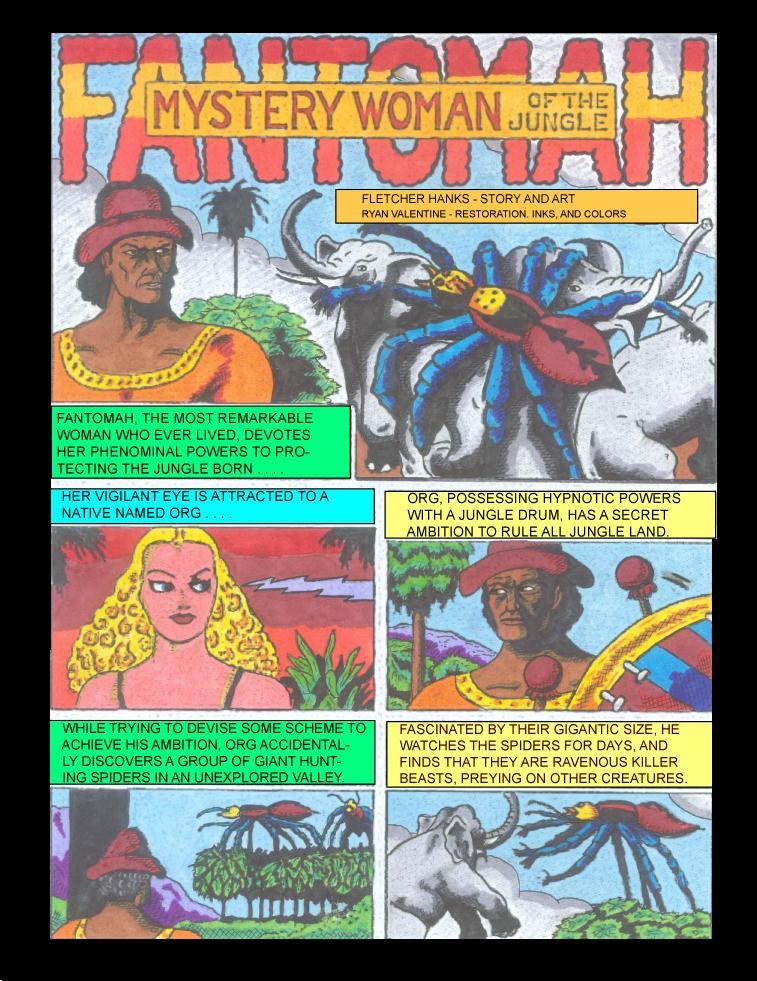 Here's my redone version of Fantomah's appearance in Jungle Comics #15.

In this story Fantomah is contending with a hypnotist named Org who enslaves giant spiders to do his bidding. Fantomah's opponents are usually conquistadors, imperialists, and mad scientists who want to exploit some aspect of the jungle in order to conquer the world. (Usually the animals) Org is a rare domestic adversary.

I have recolored this comic book using Prismacolor markers. Unlike Air Raid Robertson and Capital of Helsinki, I have not altered the color job with Adobe Illustrator. So, you're getting my color work straight with no chaser.

Although I used a digital font for the dialogue, I did not feel the need to alter the script in any significant way. Any and all spelling and grammatical errors appear as they were in 1940. I even retained Fletcher Hanks' bizarre hyphenization.

For more of Fantomah, be sure to check out her appearances in Air Raid Robertson. (As well as the next six pages of Public Domain Funnies of course)

Heh, that is neat

I love the style reminds me of old comics from the 50's.

The text sticks out way too much on top of all those paler colors. I think a little bit of a transparency should fix it. Impressive otherwise.