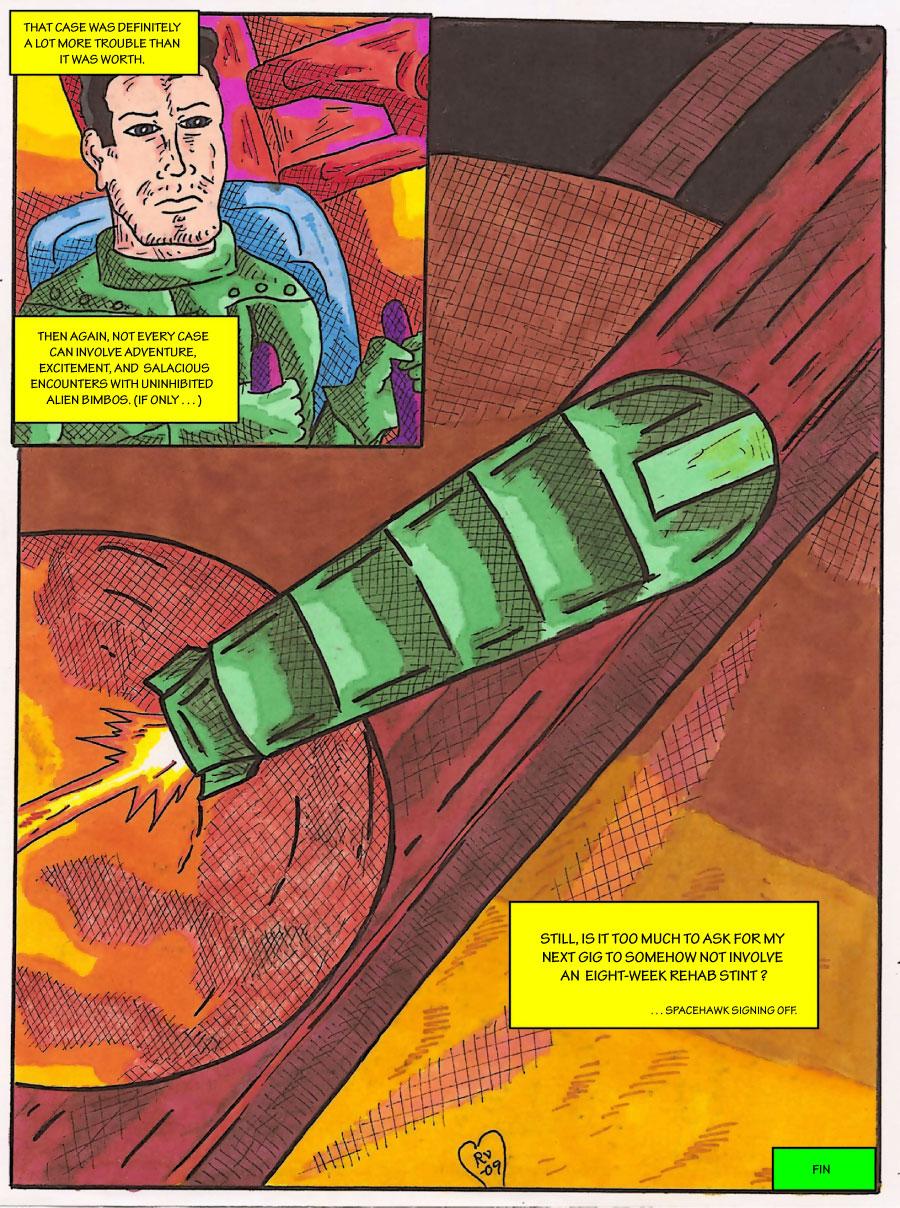 The nurse was made purple for similar reasons. I gave her tentacle arms on a whim.

The Space Ranger in the hospital room is named Galar. He appeared in a Spacehawk story by Basil Wolverton. (Target Comics #7, August 1940) In this story he's an old friend of Spacehawk who had turned to a life of crime and piracy. Over the course of the story Spacehawk shows him the error of his ways and ultimately convinces Galar to become a fellow space ranger.

I thought it would be nice to work in a reference to the original Spacehawk comics.

On every page I try to do a little something that I haven't done in a comic book before. Sometimes it's a drawing or a word or a turn of phrase. Sometimes I pull it off and sometimes I don't.

Anyways, I'm pretty sure that no comic page I've done prior to this one has used the word “gigolo”. I suppose that accomplishes something.

This is also the first time I worked in a reference to Betty Grable. I had the idea for Spacehawk's “close your eyes and think of…” line since I first came up with the plot for this story. Since Spacehawk was originally conceived in the 40's I decided to use a sex symbol from that very period.

For the record, Betty Grable was one of the most popular film actresses of the 1940's. None of her movies have stood the test of time all that well, but she's still notable as an infamously leggy pin-up model. Hugh Hefner famously cited her as an inspiration for Playboy.