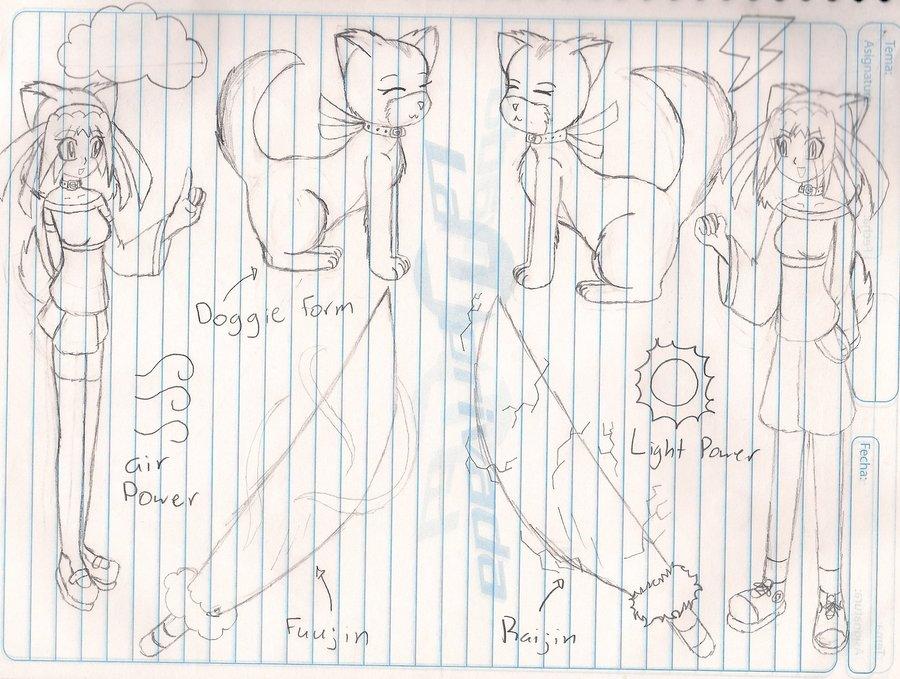 Background: Out of the two, believe it or not, Mimi is the older one by 2 minutes. This husky mix pair are well known throughout town not only as the heiresses of a great fortune, but also as the heiresses of two powerful ancient artifacts, the swords Fuujin and Raijin, which have been passed down for generations in the Sakamoto family. Even though they're identical twins, they're polar opposites.
Mimi is shy and subbmissive, also a bit of a ditz. She always tries to see the bright side of a situation and worries like a mother hen over her friends. Her hair is dyed a different color from Ponta's because it would make it easier for people to tell the apart. She is a true girly girl.
On the other end of the magnet is Ponta. Her blonde hair is natural. She is a little sparkball, getting angry at the most minimum provocation. She's very touchy about her height, earning her the status of ‘Femme Edward Elric’. She's highly competitive and solves things with her fists. She's a bit of an idiot, and a tomboy. She loathes skirts.

Thats a relief, now I don't have to worry about him changing into a tiger to defend himself.

They are, no worries.

Yeah, but I'm not sure if their like that to all cat creatures, and me familiar is a cat.

They're my best friends.