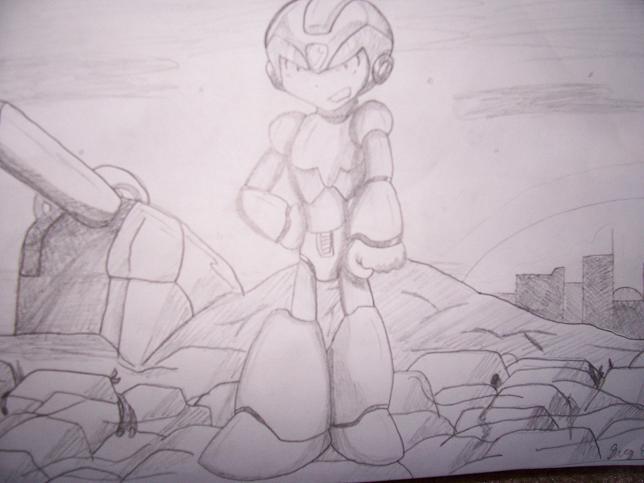 Unecessary but worth it

Proof that I have art skills beyond the computer.

Yeah, I'm probably going to get it up now that I have republic56's help. I can't make comics on my own anymore, it's way to stressful.

Still plannin to bring this back? or is it dead?

I'm going to try to bring this back soon, I got my hands on a scanner.

I'll let the runt have his fun until he's bored.

Very long story, but to put it lightly, I'm out of commision. My laptop's hardrive has been totalled and I have to figure out how to repair my computer from the bottom up. It could take sometime... I hope to be back soon.

I just got back from Oklahoma today... it's getting dark. Expect one soon then.

Not to sound impatient or anything, but when's the next update gonna be? I'm really anxious...

Oh, that would explain.

Actually I took a picture of it.

That's awesome. Great job man, but it looks like it lost some of the lead or something on the top... Damn scanners.