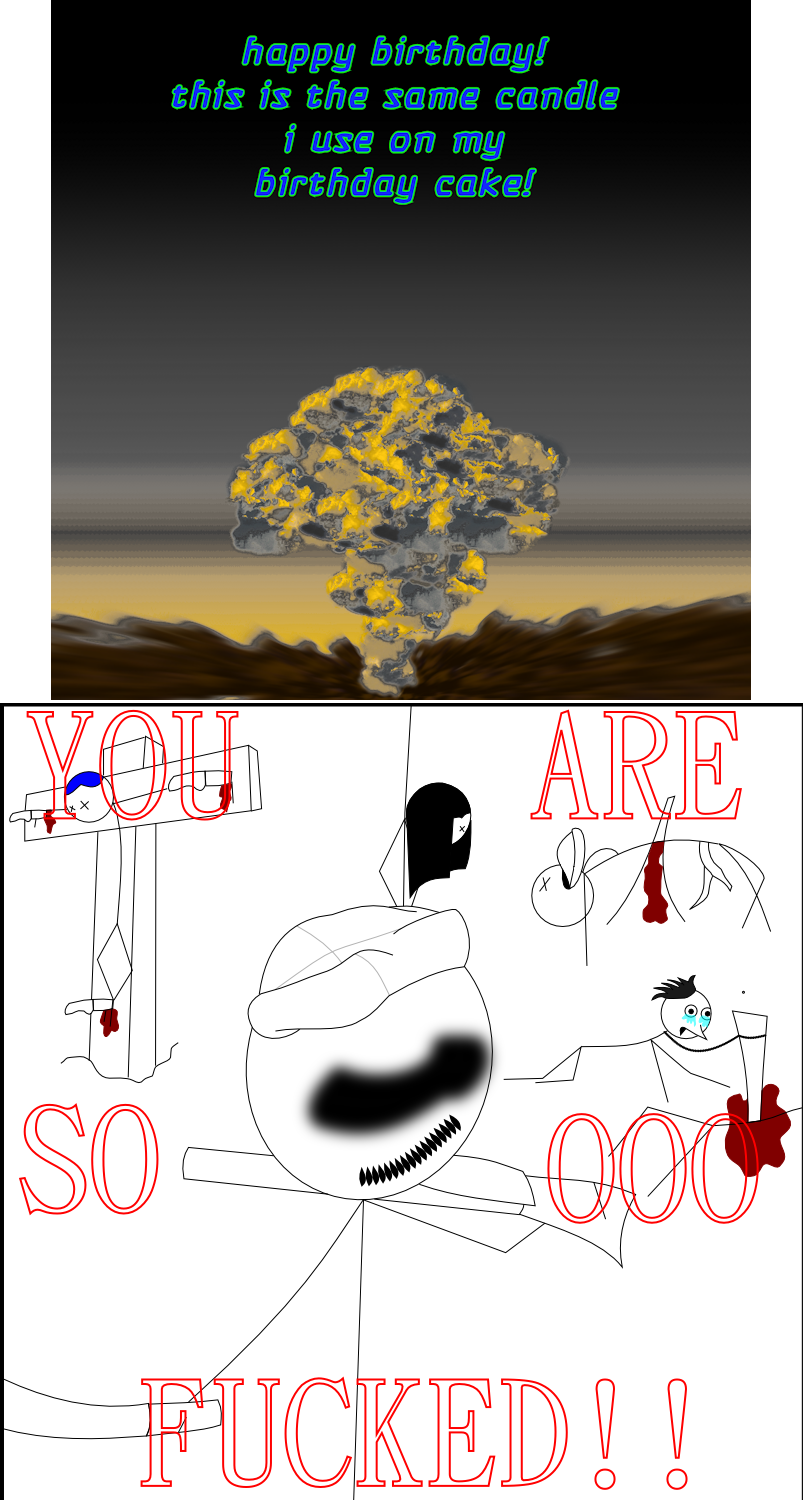 Well I made a call out for guest comics as birthday presents. And Only two people stepped up to the bat, and that makes them better human beings then the rest of you. I recieved the top one from James Dyar who I believe is Ghostrunner, and the second one is from Cousac. And I'm thinking he has really underestimated just how psychotic Morgan really is. Morgan doesn't actually like to torture or kill people directly he prefers that people don't actually know that he's the cause for their misery. But killing Troy with a giant spike and then tying Trog to it? That's just plain sadistic… I approve.

And as for yesterday's comic I'd love to hear what people actually think about the character and background design and maybe some suggestions on how to improve them if anybody has any.

I'm glad you like it. You're right, I underestimate Morgan. However, this image jumped into my head and demanded to be made. Also, yes thicker lines otherwise codally awesome! a five for gr

I'm sure you didn't really want my crappy (Ok we'll call it art for the moment) on your birthday! I missed yesterday but looking back I thought he said peep.

The only time I ever really read what you say and I find out you wanted guest comics...Well happy birthday.

Also, your last page was interesting. I'm not used to seeing you drawing like that so it's weird looking to me at the moment. haha I can't really say much since it's one page. Have you tried thicker lines?

Wicked fan art. I didn't even realize you asked for fanart for your bday. lol I shall pay more attention.