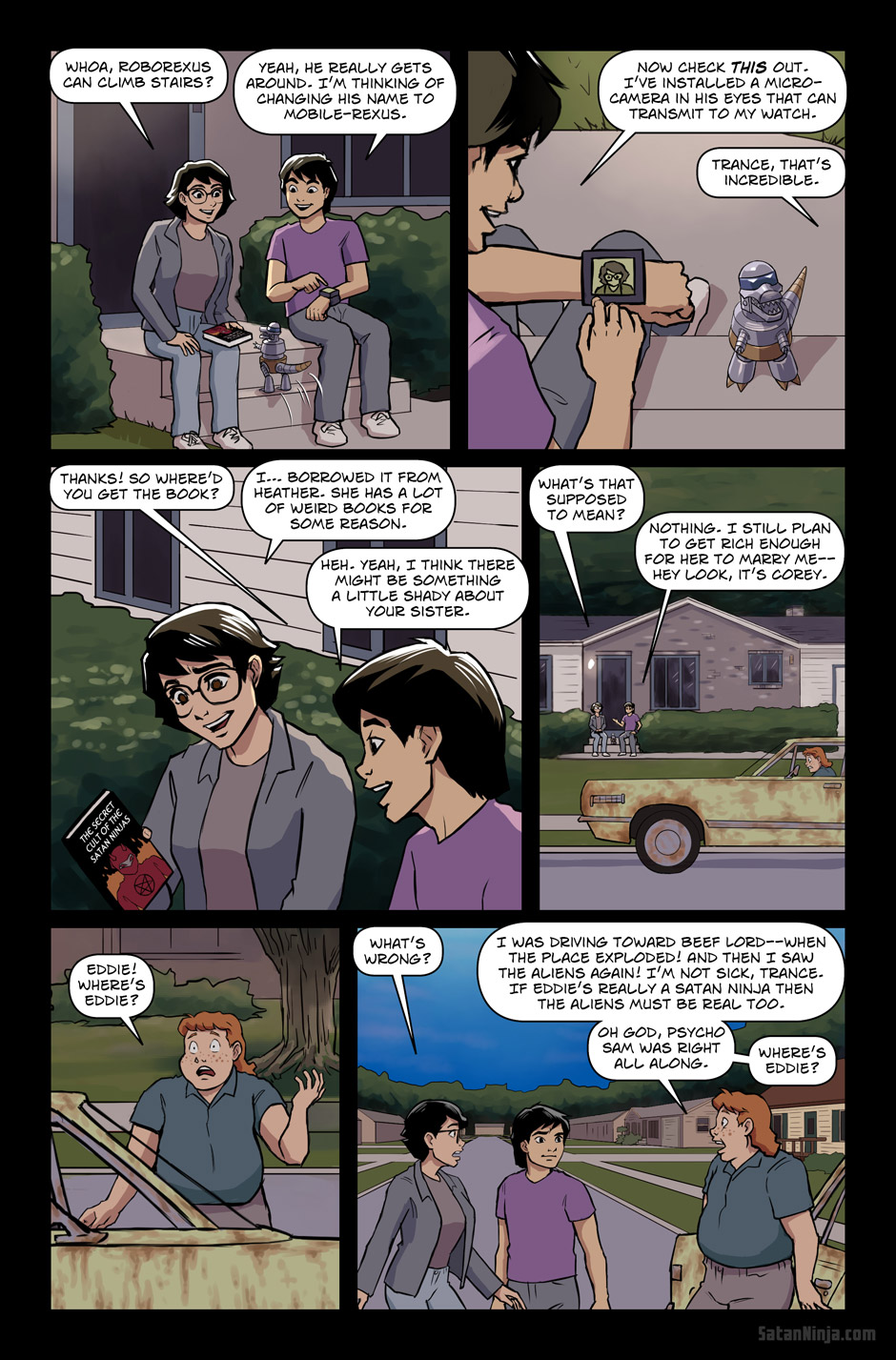 We decided to give Roborexus an updated design since his first appearance back in issue 1. He was originally a throwaway reference/homage to the transformer Grimlock, but since we’ve decided to feature the little robo-dino a bit more prominently, we simplified his design to make him easier to draw and not such an obvious riff off of Grimlock.

But we don’t plan to go back and alter the design in his original appearance. We’ll just say that was a prototype build.

I remember how I once had a moving plastic robot with glowing red eyes. It was armed with loads of anti-aircraft guns and shit and would declare in a not very confidence-inspiring tinny voice how it wanted to be your friend, but the best part was that it had a small inlet for a few of drops of sewing machine oil - which it would burn inside to emit tiny blue smoke clouds from its supposed mouth, making the room smell like a burning refinery. Yes, it did that on purpose! It was one of the features proudly highlighted on the package. And this is what I couldn't help thinking of when seeing Roborexus. If the 80s didn't have the most awesome toys ever, they at least had very, erm, imaginative ones.

Haha! Oh man, at least it didn't go so far as to utilize actual fire. I recall having a He-Man toy that could shoot sparks out of his mouth. I tried so hard to set things on fire with those sparks (fortunately I failed).

It blowed up, it blowed up good. Don't you think the locals might get angry if you blow up their nobility? Just saying. ;)

Beef lord exploded, huh? Fight must have gotten more violent than I was expecting.

Oh I was not expecting subtle. A few broken tables and likely a smashed window, but not for the place to explode.

Ket and Darwick don't tend to take the subtle route to resolving confrontations.