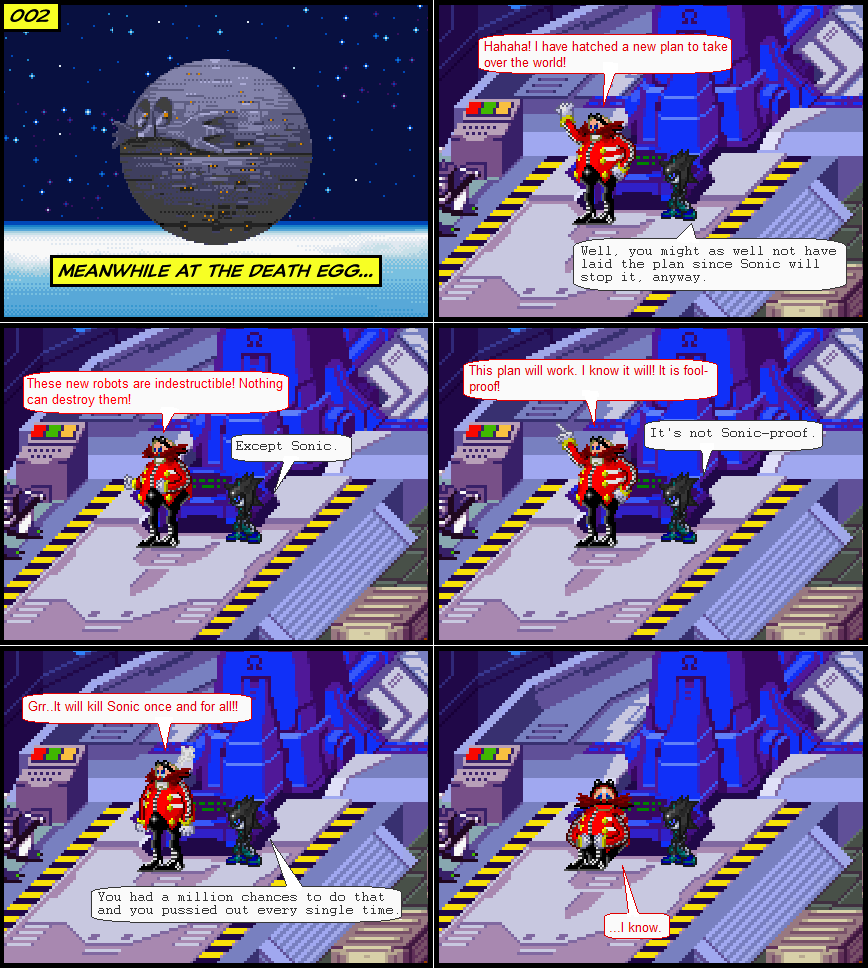 If I have one regret about this is that I should've used an existing
character or the narrator instead of a fan character robot. Didn't have
the time to change it due to IRL circumstances so I'm uploading it as
is.
So yeah, ever wondered why Eggman doesn't pull the trigger on Sonic even
though he's had many opportunities? That will be explained in a later
strip.