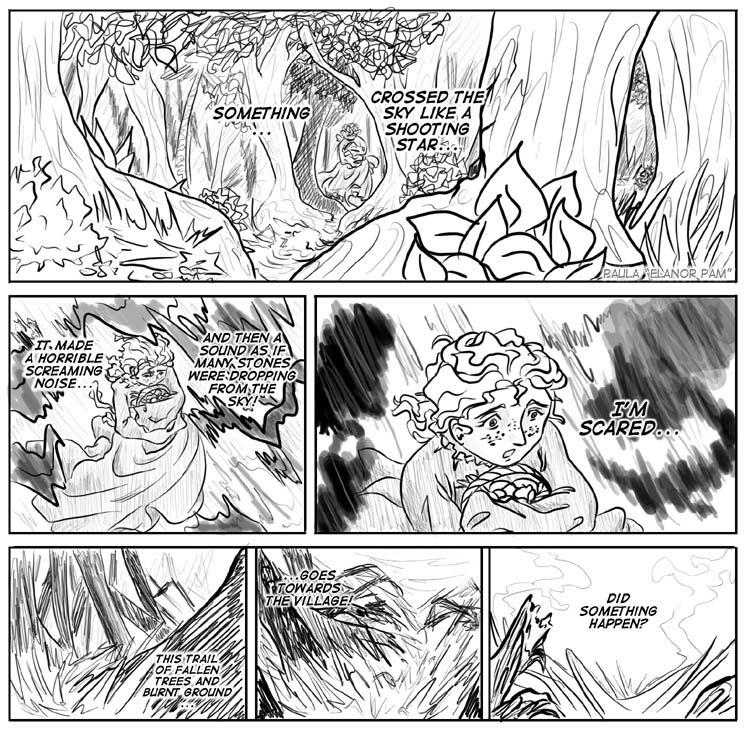 On the way back

Would you believe I actually started this? This has been doodled in my sketchbook for a while, but I never really felt like going ahead after four pages.

I have many stories, but I always felt I'd like to publish them in dead tree format instead of leaving them around to be read for free. :/ But, uh, this story has a lot of unsuitable for publishing stuff, like religious commentary from a demon, bakery from a demon, a demon who believes himself to be -teh- Don Juan, f-words, and referenced to teh seks, so I guess the criminal elements around the internet can see it (you know how the internet is composed of hackers and grammar murderers) since it'd hardly be published in Brazil.

Introducing character number 01: Nancy. To make it short, she's a dumbass. She's the airhead everyone dreams of throwing headfirst against a wall. Sometimes, she has bouts of inspiration and starts saying things that make sense, or even follows logic, but it never lasts long. On the other side, her feminine intuition is pretty strong. Her parents own the village's only inn, so, compared to the rest of the peasants, she's pretty well-off. Which means she has something like two or three changes of clothes.

What? This is based off of Europe in the romanesque period. Life sucks all around!

ooo, me liky. You've got an awesome style. Glad you decided to put this one on the internet. Not only just for the hackers and grammar-rapers, but for poor, lonely people like me, who spend most of their "Lives" on the internet. XD I'll be watchin' this one.