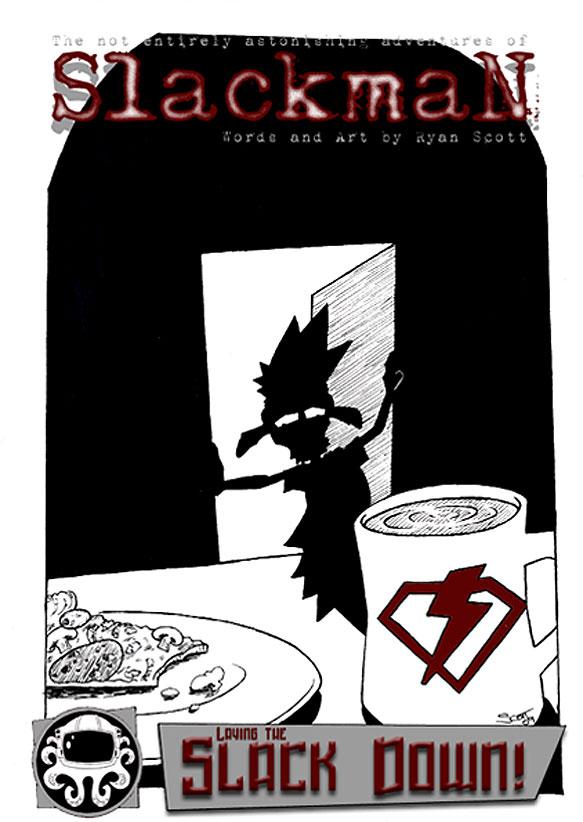 Episode 1: Laying the SLACK Down!

Four months ago I had almost given up on this little guy. Shame on me!

I guess it's fair to say there was alot going on in my life! Between being a Dad, working full time AND trying to maintain some sort of a balance within my personal life, I was also doing my level best to churn out Comic Strips and quite frankly it was a mess. I wasn't even meeting my OWN standards which are somewhat lax at the best of times. The results are still up here for everybody to see and I was far from happy with them.

So after a complete computer meltdown and a period of weeks without even THINKING about Slackman, I had all but given up. But then I started reading Invincible by Robert Kirkman and became enthused about superheroes all over again. I went back to the notebooks. I watched films, I read comics, I sketched, I wrote, I dreamed (I even managed to squeeze in a little Bertrand Russell in there) and finally a little shy of 6 months since the last Slackman Comic strip he is BACK… IN… SLACK!

I'm not trying to make the world a better place mind you… I just want to make it that little bit Slacker, 6 frames at a time.

So expect an update once a week, on Friday New Zealand time. Sometimes it'll be more, sometimes it'll be less depending on how I think the story should flow but keep coming back and find out what it is about this guy that's been gnawing away at my cerebelum since I dreamed him up in a cold moniter lit dungeon at the Dunedin School of Art all the way back in 2000.

May the Farce be with you all…