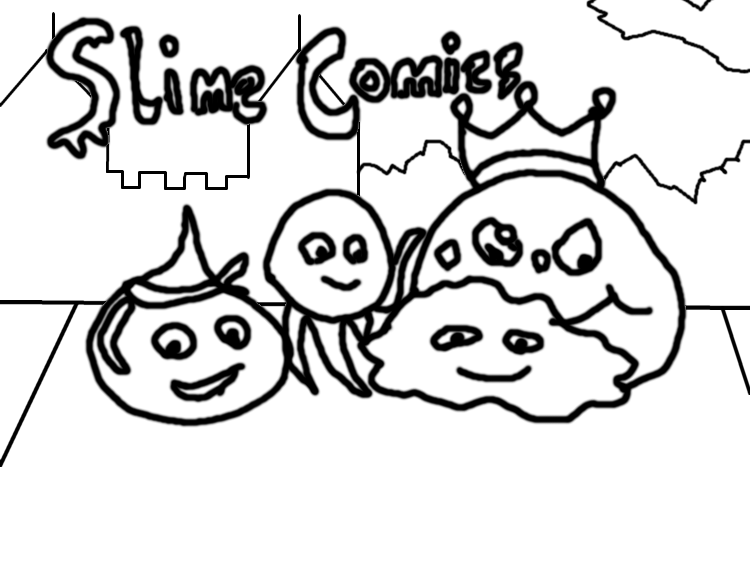 It's actually February 9, I just wanted to have time to get everyone up to speed.

The characters:
Slibler, a warrior slime. He will track each and every platypunk down.
Curie, a cureslime with a bit of a temper. Her meltdown can be measured in Curie units.
Metab, a liquid metal slime that tags along, and brings a deadly fiery attack. He's also hard to hit because he moves so fast!
King Blub, a king slime that's not afraid to show the enemy who's boss. He can protect the party by Snub-bing any spells.