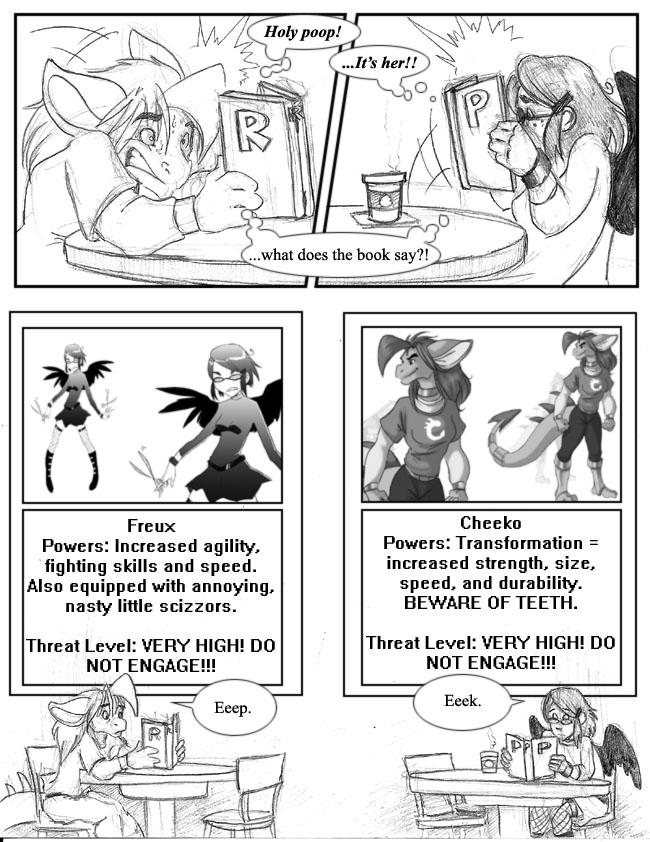 I think we're both thoroughly intimidated.
Well, that's all the pages I have done. I have to actually start drawing them again. I hope I do a good job! :)

So... then you had tea together and decided to call it a draw?

Haha this page made my day ^^ Totally deserves a fave

Love it, as always!

I reaaaaally like this dual-thing you've got going here, like a lot. Hell of a job so far, Cheeko, bravo.

I love this comic!

see..this is why i don't eat in restaurents. :)

Time to battle! I'm going to have to hit up Hero for one of those book things.

Ohohoho.. a clash of the TITANS.

The expressions and body language are great!

LMAO! I am still loving the mirror actions of each side of this fight!! Great stuff Cheeko! I miss Freux too...I hope she's okay...