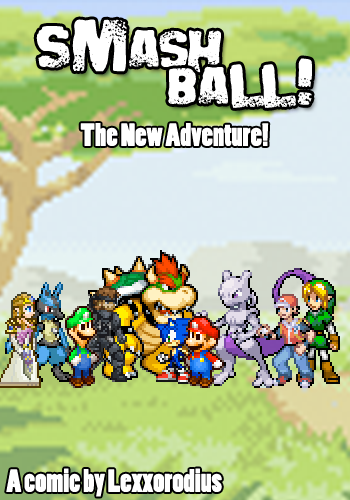 'Sup guys?! I'm making this as a sprite comic, with a new storyline called Super Smash Brothers Blitz. It's not gonna be one of those failure tourneys which is 98324752983562739472398 pages of just fighting. It's gonna have an epic story and epic fight scenes. This like my 90th comic. Let me see if I can name them all:
MARio
Pokemon Prophecy
Pokemon Mystery Dungeon - Destiny
The Gatekeeper Chronicles (or whatever it was called)…
Sonic Terminal of Death (STD LOL)
Nintendo Saviour
The Koopa Army
Pokemon Prophecy
Thats all I remember… I'm gonna continue this, I hope!

This is fucking ossim.

that was the gatekeeper chronicles stuff. I had so many faves on that.

Didn't you have a Kingdom Hearts comic too? =/

Now let's see if you deliver what you promise. :O

:D Awesome. I hope Yoshi will be in this.

Looks interesting! I'll fav and then wait and see!