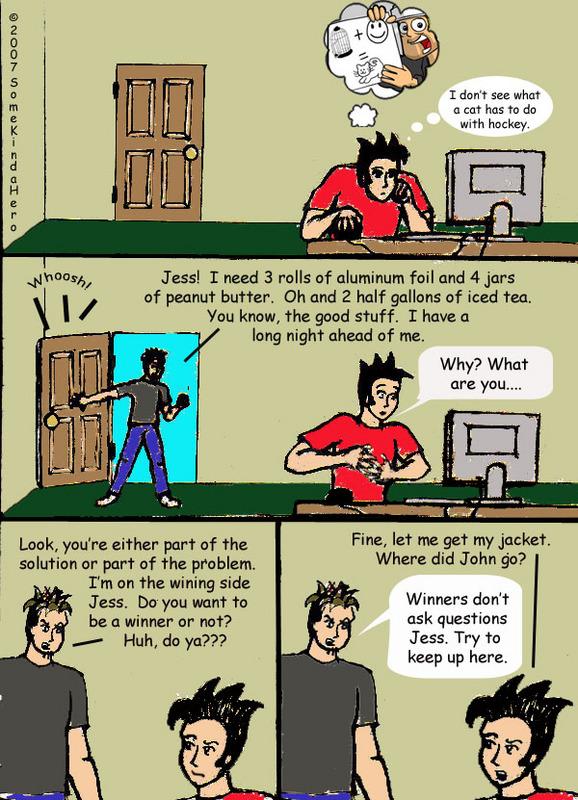 I know, huge gap between comics. Mainly because I'm running out of them. And school.

This was my idea when I was shopping at a small grocery place at State College when I was still going to Penn State. I don't know what I had planned, but I did have a follow up idea where I end up in a coma. I just really wanted to see an iced tea bottle upside-down used as an IV drip.

This was only sketched so I made the lines darker and colored it in. It looks poor but I tried to do something nice by coloring it. All future comics will be left as sketches so I don't make the same mistake.

The image of Jess looking at the computer is from another online comic called TnT, the comic (on Drunk Duck and made by Chris Vangompel who also does fantastic work at www.hockeyzombie.com). This is a link to that strip http://www.drunkduck.com/TnT_the_Comic/index.php?p=263897 and I suggest you read it.