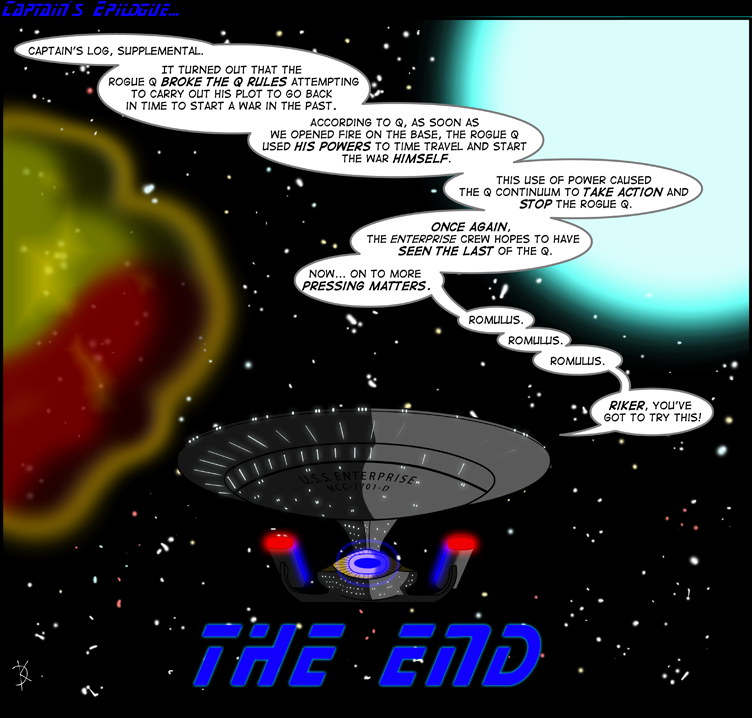 That's it for the year and, quite possibly, for ever for Star Trax. I was thinking of doing more, but it'll be a while before I get going on that.

In the meantime, Happy New Year!

Y'all still have 'til 8pm EST to vote on Webcomics Crtiique's Pick o' The Year 2009 poll (please vote, cos if ya don't, the Greeks invented Democracy for nothing, guy!)