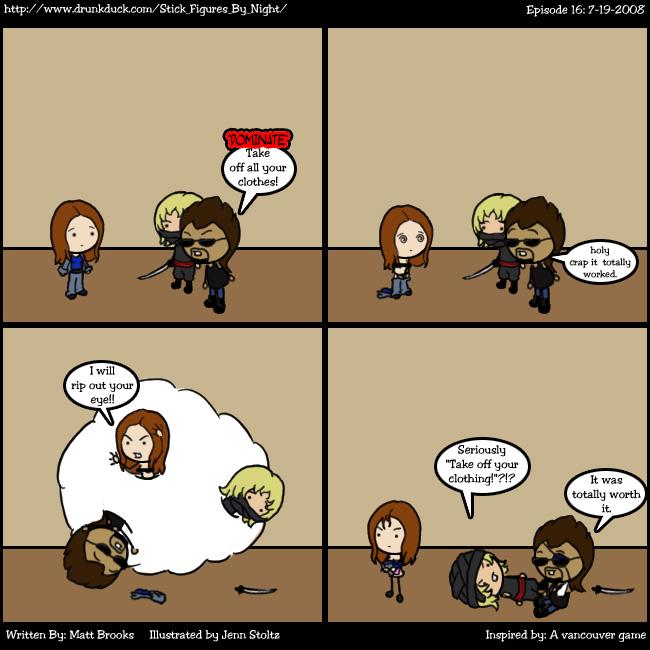 Hey guys I know I am hella late on an update. Lots of crazy stuff has happened to me since March. I found out I am pregnant, and Matt and I moved into a new house (farm). The farm itself needed a lot of things done in the beginning so I just had practically no time for the comic. But now I should have time again so hopefully regular updates will ensue. We're going to try for 2 comics a week. :D


*Disclaimer*
The player of the character in this comic was shown the script ahead of time and she gave the go ahead.


Please vote for us on buzzcomix. :D

Totally late response but apparently G-mail wasn't forwarding mail. D:< We really wanted to be at swre but we could only afford for matt to go so he declined.

Glad your back! Went to my first con (SWRE). The crew misses you guys!