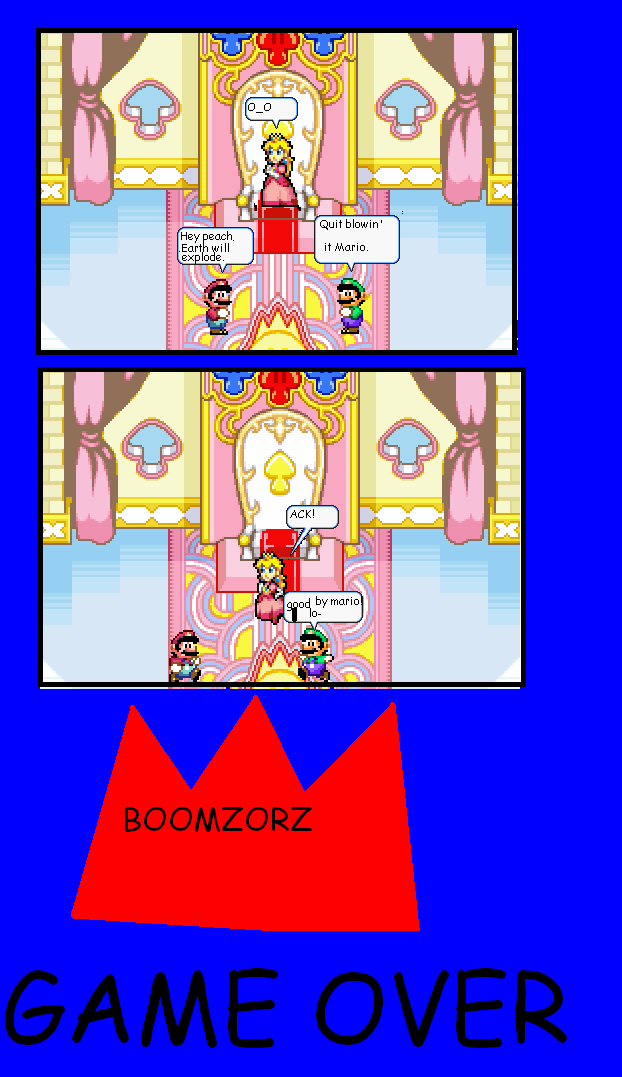 Take their advice, They know what they're doing and obviously you DON'T

You could do better Doopliss Fan.

I know tanman, at least his funny comics are better than your drawing

To tell you the truth, I didn't notice it till someone pointed it out... but I agree with purple wizard... it's good to listen....

Its good taking advice...If you want to get fives.

It makes your comic better...

When you make the sqare over peaches room its not fully covering the it...

What do U mean?

You didint fix your panels...

I may not continue these for a while. I have to work on Luigis Quest. Read it may get more funny!

YOU ALMOST GAVE ME A HEART ATTACK SAYIN' IT WAS ALREADY THE SERIES END!!!! YOU SUCK... but really, you don't!

Oh on my comic read back a page then youll understand...

Fix your panels. In "GAMEOVER" your supost to do the blue first then write it and you spelled good wrong

Iv dont know. I was running out of ideas.

..? im confused wheres the kool expolsion of Earth blowing up?

Looks crappy and I don't get it.