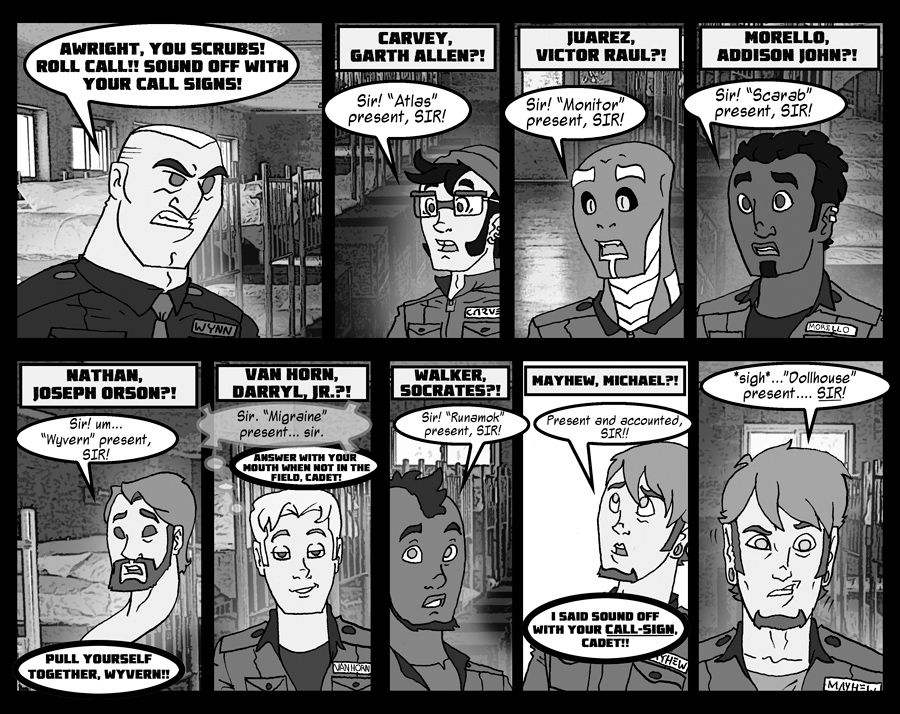 On a parallel Earth, right next door to the PowerTrip Universe resides this one:The somewhat unscrupulous President has outlawed costumed superheroics and metahuman vigilantism on American soil, save for a small select few, who have been officially deputized as government special Marshalls and metahuman ambassadors to alien planets.The metas who ‘play ball’ are sent to special training camps - NOT military, as the Geneva Convention has declared metas in the service of any governments military as walking WMD's, and have outlawed them… though the camps are definitely patterned after military protocol, though financed by independent industries, and subsidized by the government as “Learning Facilities', ‘Security Firms’ and the like. - These camps provide revenue and attention, which the Pres hopes to spin into a re-election campaign.The cadets (they're not allowed to be called soldiers) all hope to someday graduate into the pseudo-celebrity cadre of superhumans called ”Condition Red“ - the ‘elite’ graduates of the program, unofficial branch of the military overseen directly by the President, and the closest thing to a superteam/superpowered army that American can have legally. Or, possibly, to a lesser extent, the ”Black Badge" program, which assists police in select larger cities against domestic metahuman threats (supervillains).