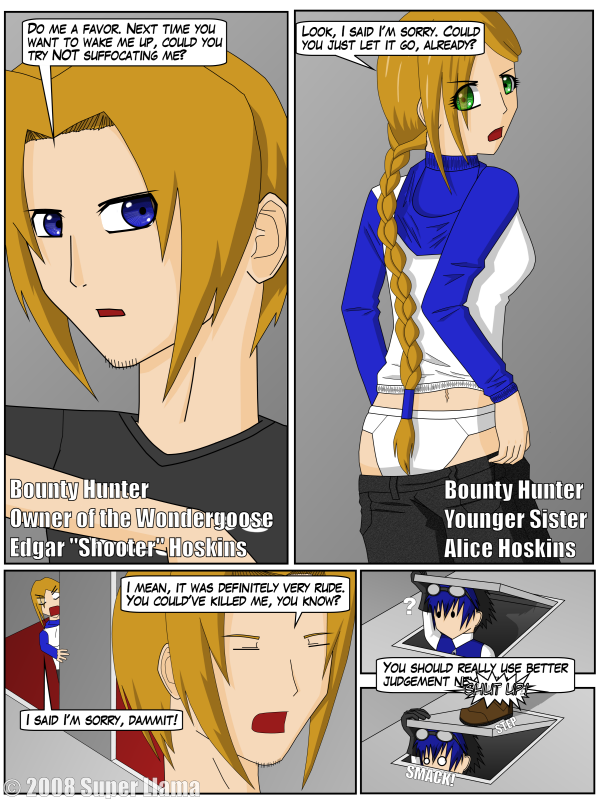 And here's the new page, where we learn the identities of these two blond-haired folk (with a little bit of fanservice thrown in just for the hell of it.)

Unfortunately, it doesn't look like the update drought is gonna get better any time soon. Our already crappy computer is getting crappier by the second, and it's taking forever to get our new computer up and running. And, of course, the fact that it can easily take five minutes just to draw a single line on this damn thing seriously saps my motivation to work on anything. Once we finally make the switch over to the new computer, though, that should fix things.

And of course, since it's been four months since the last update some of the ways I do the coloring and such have changed too. Things like making the eyes more detailed, and working on a higher resolution sketch to add more detail in the lineart (which of course this computer does not agree with.)

I'll be drawing up the sketch for the next page, but until the next college quarter starts and I get access to their vastly superior computers again, I doubt it'll be finished soon.