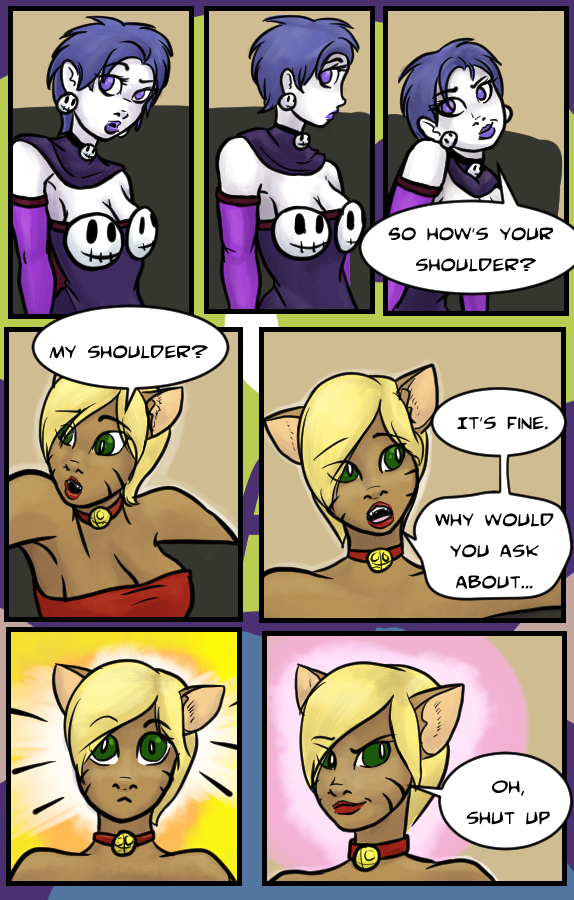 So this wraps up the chapter. For those wondering why Jenny's smirking, Skully is referring to the fact that Jenny literally seems to get smarter the more pain she's in.

When she hurt herself during the caper, Jenny was actually being a lot smarter than usual – but it's been days since the caper wrapped up live and her shoulder's healed up.

Thus the fact that Jenny is actually recognizing the help she received has prompted Skull Girl to ask if her shoulder is still bothering her, hence the smirk.

I'll be frank that the chapter didn't wrap up as smoothly as I had hoped, but it's been five years since I updated Super Temps on the regular and it shows. The next few updates will be the epilogue which will detail into what would have been had I kept going. No serious spoilers since if I ever re-did Super Temps I'd have to change a lot of the cast.

That last panel is quite possibly my favorite picture of Jenny. She's been burned, but is taking it in stride.

I wanted to show she had changed.