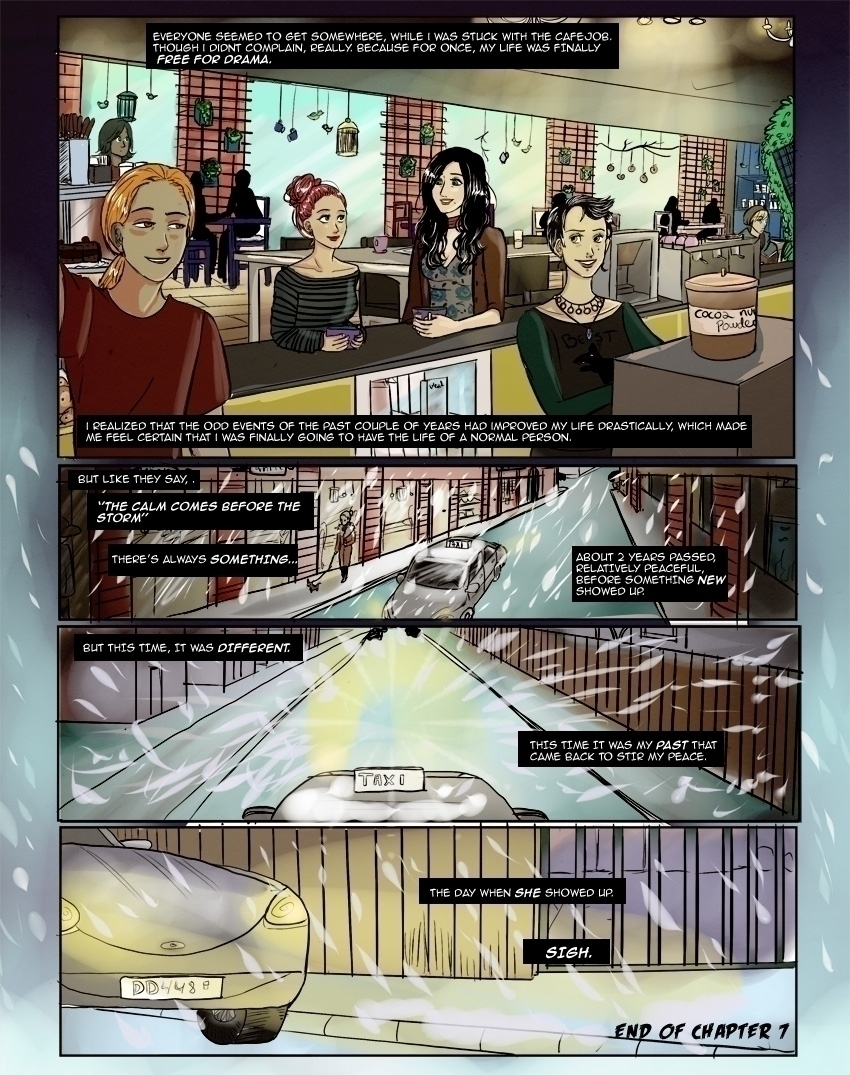 Page 16, there is always something

And we've reached the last page of part 1 of this comic.
Who'd think the last ever thing Haven says during the entire first part is ‘Sigh’.
It feels weird, i've learned alot from making this comic about comic-making.
The comic had a bit of a rough start, artwise, and i didnt know much about panel-build ups and how to make it flow properly, but it did somehow work out regardless!
Onwards to the continuation of Torn Vines!

I don't comment enough, but your story, characters and art are incredible!