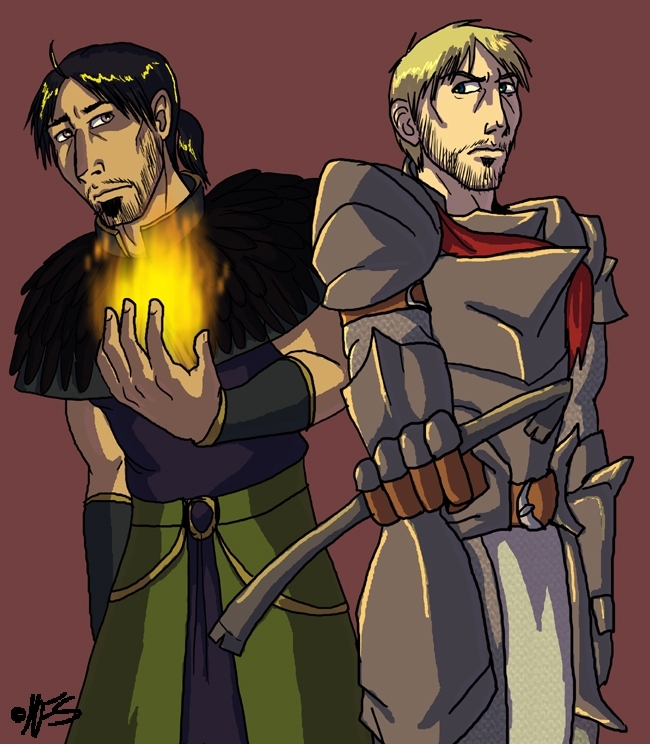 So the following comics are hastily drawn silliness loosely based off of my playthroughs of Dragon Age Origins and Dragon Age II. It started off as one stupid joke I couldn't get out of my head and I had to put it to paper. Unfortunately…after that…more ideas came and just steam-rolled me.

Some heads up here…there is a chance that parts of the game may be spoiled. However, Dragon age Origins came out in 2009, so hopefully you've had a chance to play it.

If you haven't and want to skip playing, check out my Dragon Age Keep where you can hear how things ACTUALLY went down in the games featuring these characters.

Other warnings. There's foul language but that's about as bad as it gets. No funny business. (You could also say that about most of the “jokes” in this comic. Badum-tish!)