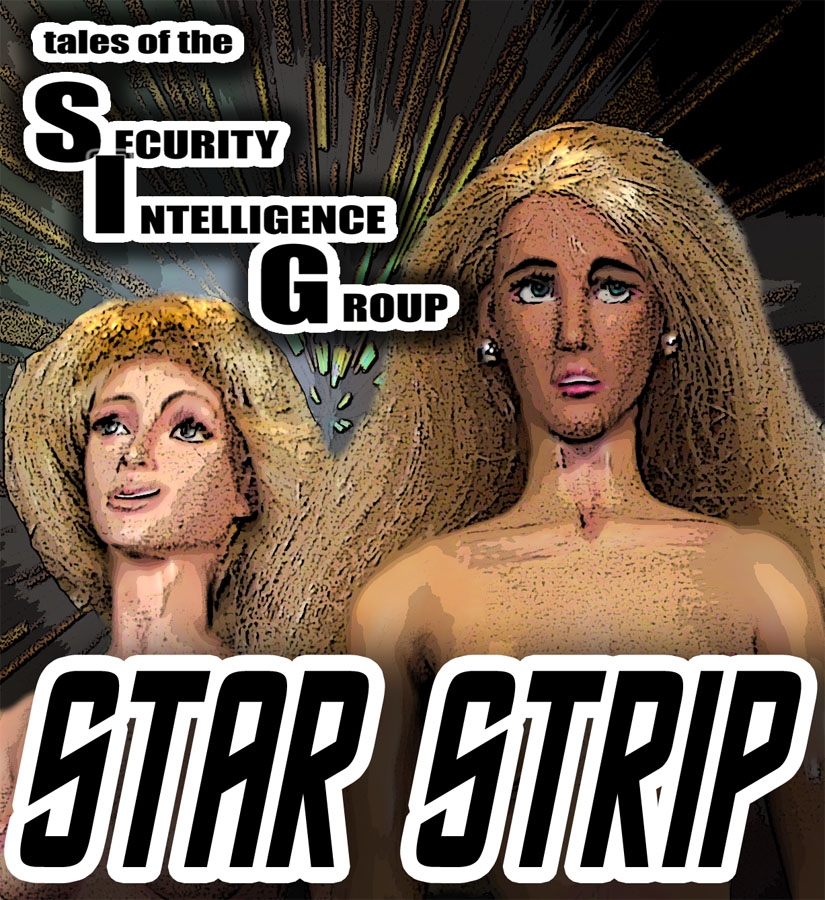 I'm still editing the script.  The ship is built and it is casted.  I'll have to double up on some of the uniforms as budget doesn't allow for more Star Fleet uniform purchases.  The shiop sets look a lot esier than I thought they would and I don't have to go with canon as this is supposed to be an alternate incarnation of the Federation and Star Fleet.

As written in the Star Fleet manual (first edition) it was received via a mistaken subspace radio transmission.  Well what if a certain TV producer accidently intercepted an experiment in telepathy and a sudden rush of images of this Federation, Star Fleet, Vulcans and uniforms of variously colored velour shirts?  So it exists right now in space nearby with some of the humans who had seeded the stars in our distant past as presented in the Robofemoid stories.
This is the goofy cover and the gals don't appear very happy.  The actual sotry may be a bit darker than originally conceived, so be forewarned.

Who needs clothes in space anyway!

As long as they're wearing lots of velour, it'll be OK in my book. Great facial expressions!

Star fleet is basically a bunch of drunk pirates. No. Wait.... That was the nay-vee in the 1980s.

I really like this 'goofy' cover :) I'm not very familiar with Star Trek specific stuff, like Federation Culture, Law, etc, but are Cosmic Strip Seaches routine there ;)

Maybe they're looking so worried because of the lack of uniforms. Are you gonna post some production photos as you work this out?