The Adventures of Burgh Man 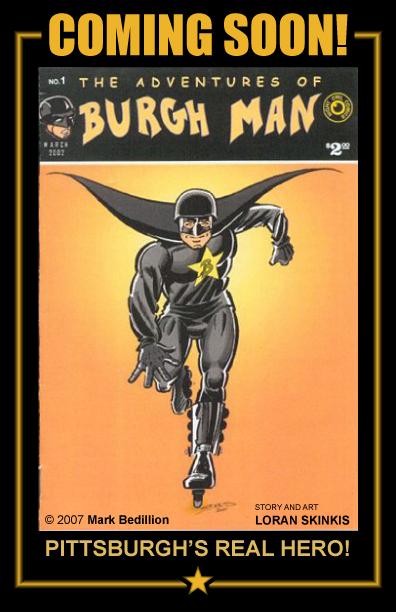 This was a series of comics published by Night Owl comics from 2002 to 2003. Burgh Man is a real live person who performed juggling and rollerskating and magic acts on the streets of Pittsburgh, PA. Comic to debut mid 2007.
-Loran.

It's kind of like Superman Returns, he disapeared for years and will hopefully someday make a triumphant return!! -Loran.

What ever happed to him? Haven't seen him in years!

Great!! Another fantastic comic by Loran Skinkis, that's a guarantee for very good stuff!!! Can't wait to read it!