The Adventures of Hybrid 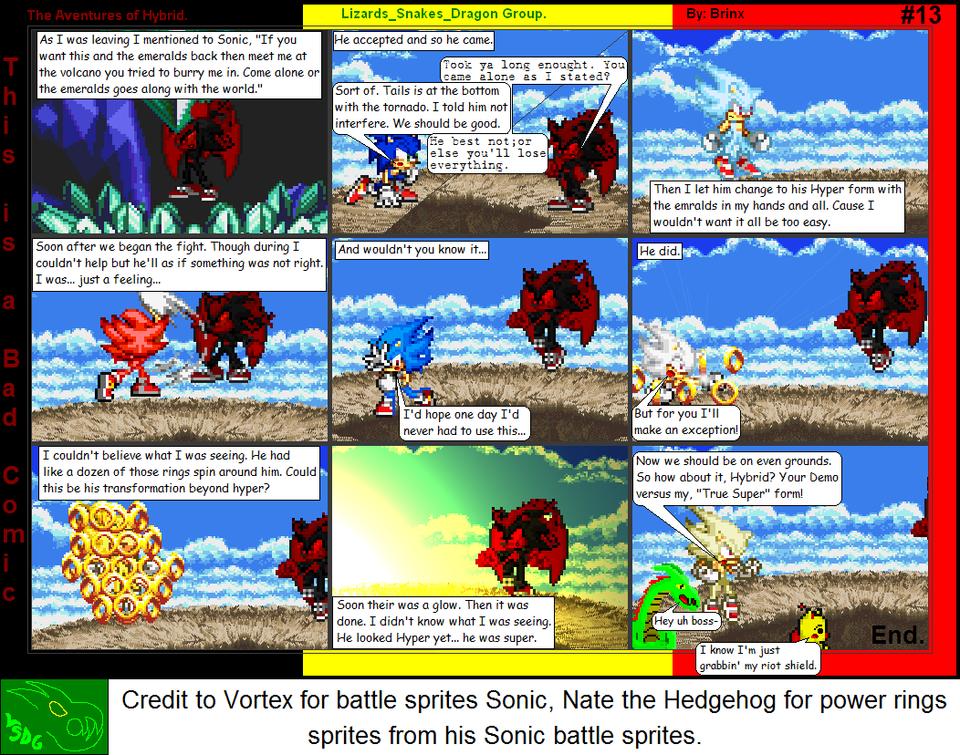 …… I really do not like how this comic went. This one when I first started working on it didn't seem so bad till I took a good look at the original script. What saw made me realize it did not make sense. Why did it not make sense? Lets say originally, Tails was to actually come in and give a ring box to Sonic. This would go back on what Hybrid said. Which was that any help gets the planet killed. Which he doesn't do when Tails comes in to help. Now the other problem was how Sonic introduce a form he never used and is now using it against someone for the first time. This part was quite troublesome for me. Cause it was a win loose situation for one way or another this is not going to go well. This comic was the one I stopped on with the whole continuous Hybrid update a few month back. This one also made me decide on a new update schedule. The Authors Corner will get three more updates as this one gets one. For chances are this comic may take longer to work on… sometimes. Well with all that out of the way the comic. Yeah Sonic has a form beyond Hyper. Surprise at this turn of event? Well yeah things are gonna get interesting. Now if you'll excuse me I gotta go get my riot shield and go head towards the shelter. So here is your comic and… see ya. *Runs*