The Adventures of kirby and the semi amazing town of threed 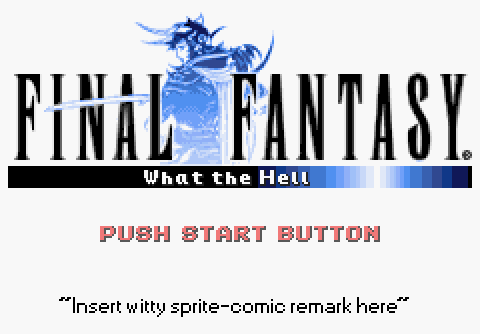 What? Advertising on my comic? I WON'T HAVE IT!

ALSO!
Explanation to the huge abstance:
You see, To put it as simply as possible; I wrote myself into a corner, and it was going way too slow for my comic deadline.

60 something pages for one storyline, Only made it to the second stage, S'posed to End it around 100, Slowly losing interest to other things, WoW for example (any comic artist's bane. Heh.) is one of the many reasons, Real life is also one Zomg. ._.

Anyhow, That other comic I said I had? It sucked. Horribly. I wouldn't want to publish anything so far below my average, However low that might be in the first place.

One more note: I had writer's block, Probably caused by the poor state the story was in to begin with, Might be for the things stated two paragraphs up, But I definately had it, And I couldn't make up a story worth a crap at all. Excuse my french. :P

You probably noticed that in the latest comic. Anyhow, I hope this has cleared a few things up. This is Zephyr_light, Signing out.

I think my start button's broke. Nothing happens.

Zephyr, there's something I wanna talk to you about, but I can't seem to PQ you. Any other ways of comunication?

Real Life is my favorite mmorpg.

Then I will send jamaican monkeys to beat you heavily until you can't breathe.

What if I don't "press start"?

I believe that this is going to be a fantastic comic.